Author interview with Martin Humphries of ‘Can’t Buy Me Love’ 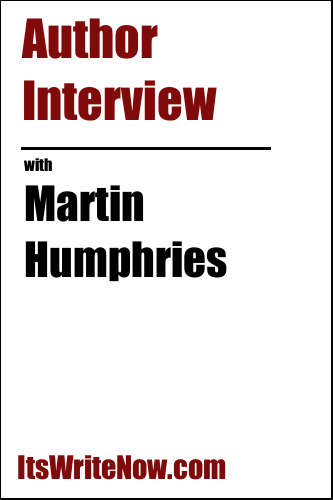 It’s the sixties, and London might be swinging, but not for our girl, Edith. Raised in a miserable home full of anger and hate, life for poor Edith seems to hold little hope. But she finds plenty when she teams up with her older gay cousin, Ronnie, who makes her his mission with a plan to re-shape her into the fabulous young woman he knows she deserves to be.

This special ‘Can’t Buy Me Love’ BONUS EDITION offers the first two of six volumes in the ‘The Cost of Loving’ Series. If you like stories of success over adversity, family dramas and sexual diversity, then you will love Martin Humphries’ bitter-sweet voyage of discovery through some of the most exciting years in living memory. Years chock full of changes of every kind, when being gay usually spelt trouble with a capital T.

Will Ronnie be able to re-shape Edith? Will the years covered in this bonus edition have bonus quantities of success, drama and of course fun? You bet! To guide us through these years, Martin Humphries, author of ‘Can’t Buy Me Love’ and I have set aside a little time to chat today. Martin, we’ve chatted a little before so it’s great to see you returning to ItsWriteNow.com in a more public way so that we can share this book and writing in general with a larger audience. So, first things first, what’s been going on since we last caught up in March?

I’ve been busy promoting my series of books and learning the book marketing game and all its complexities. I have also been working on the next series of six books that follow on from where this series leaves off. I currently have two of the books drafted and am busy editing.

Six books in the works, two in drafts and editing, I can see how you’d be super busy! From what I remember in March you hadn’t been on the writing scene too long in March. What’s changed in your author journey over those in those last seven months?

I have gone from zero exposure and sales in March when I first launched and promoted with you to some 20,000 downloads of my first volume and am seeing more and more read-thru’ of the rest of the series and getting fan mail :) !

Wow! You know this is what I love about the writing market today. With some determination, you can make things like 20,000 downloads of your first volume and fan mail happen! But I think to give this story justice, we need to go back in time a little and focus on some of the work that makes all of this possible, starting with ‘Can’t Buy Me Love’. How did this book first come to life?

The story began when Helen Gurley Brown died. She was a champion for women in the sixties with her book ‘Sex and the Single Girl’ and her death brought back memories of those times and this story emerged in my mind as a way to capture it.

What kinds of memories about this time did you find yourself reflecting on?

It’s clear that this period in time has stayed with you over the years. As you took these experiences and turned them into fiction, what did you find was the most important ideas that you wanted to share with readers from your experiences?

How much things changed in the sixties and seventies, like the dawning of a new era, but also how little things changed for the gay population who were forced to stay firmly in the closet.

How did these changes, or lack of changes affect how the characters in your novel developed?

Like any process of creation, they come to me in my imagination and in the early hours of the morning when you can’t sleep.

So, when you’re up in the early hours of the morning writing instead of sleeping, what do you think about as you type?

The LGBTQ community – how badly they have been treated in the past, and still are today in many parts of the world. I want to try and make people understand what a difficult journey it is for so many of them, even in these supposedly enlightened times.

Did you find that yourself and your writing became energised by bringing these difficult journeys to light?

Yes, it energizes me.

What did you find that you learned by directing your energy into this book, and in turn this series?

That I could actually write, and write well.

Thank goodness! I think there’s nothing worse than having an awesome story and finding that the words are keeping your story down! Now, that you have confirmation that you can write, and as you mentioned earlier you’ve seen some great success, can you share a little taste of some of those new projects that you have in the works.

I have completed the draft of a novel that includes one of the characters from the series and I am also working on another six-volume series that will continue the story of ‘The Cost of Loving’ series. I have the first two volumes drafted.

You are certainly busy, maybe even so busy that you don’t have much time off to indulge in a few giggles. So let’s try and see if we can get giggling with our final questions. Let’s try, if you invented a monster what would it look like and what would you call it?

Donald Trump and I would call it a name that would not be suitable to print.

Well, since I love getting things done on print, let’s see if we can get a printable answer for the next question if space is a vacuum, who changes the bags?

Fantastic, I wouldn’t want to change that bag! Martin, I’m sure there’s so much more fun that we could have around questions about vacuuming, but I think you’d rather return to your work and knock out your next project so we’ll wrap up our interview in eager anticipation for the next instalment. Martin, thanks for sharing your writing adventure with us today, and I hope to hear about how it continues soon!

Excited to read the book we discussed today? Find it here on Amazon: ‘Can’t Buy Me Love ( ASIN: B077LS9WLV )‘.

Want to find out more about Martin Humphries? Connect here!