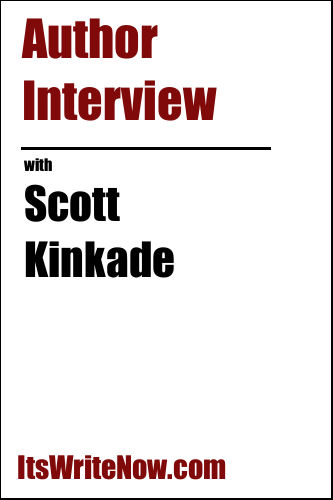 The idea for The Game Called Revolution first came to me in the summer of 2010. I was just starting to become interested in the science fiction subgenre of steampunk, and I thought a steampunk version of the French Revolution would be awesome. However, most steampunk stories seem to take place in a Victorian setting, and I wasn’t sure if readers would accept a setting that is a century earlier and in a different country. Fortunately, though, I pitched the idea on an internet forum and found encouragement from other readers there. So, I boldly went ahead with the story.

When I first came up for the idea of this story, the only image I had in my head was Marie Antoinette with some sort of cybernetic eye (although even that was pretty awesome, I thought). As I researched the events of the French Revolution and fleshed out the story, my poor cyborg queen ended up being merely human, but I still wanted a strong female lead with some sort of eye patch. I think women characters with eye patches are really cool.

How did you go about creating both the strong female lead and the supporting characters that surround her?

A lot of the characters were real people. I just readjusted them to fit my narrative. For this story, I wanted a strong female presence. This led to Jeanne de Fleur and her frenemy Farahilde.

Did you find that using real people also lead you to layer your own experiences into the storyline?

I drew upon my own brush with suicide. I was able to convey the hopelessness and despair that life can sometimes throw our way.

I’m sorry to hear that you brushed up against suicide. Addressing these thoughts no doubt would have strongly influenced the overall message that you really wanted to share with your readers. Can you share the central idea that you hope readers take from these thoughts?

It’s essential to keep moving forward. What do you felt you learnt by keeping yourself going into the future?

Feedback is essential. Everyone should have an editor and beta readers. This was also the first time I commissioned a cover artist.

Getting into the world of cover art is fun! Do you find exploring parts of the writing process, like working with cover artists and beta readers keeps your energised, or does the overall writing process get a little exhausting at times?

It used to do both. Now, thankfully, it’s more the former than the latter. I can get pretty fired up.

When you’re fired up, what are you thinking about?

I want to tell a great story and convey real emotions.

Emotions really are central to a great story. What great story are you currently working on?

I’m currently working on the sixth book in my Divine Protector series about a school for gods.

Wow, six books are awesome! Do you feel that you’ve seen a significant progression of your writing as you’ve kept writing over the years?

Can you give an example from ‘The Game Called Revolution’ with a line that you feel is particularly refined?

“The true power of the human spirit is in living when all you want is death.”

Living can be tough a times, so it can be good to try and inject a little humour into the human spirit from time to time. Let’s try it ourselves with a few of our funkier questions now starting with, if you invented a monster what would it look like and what would you call it?

Well, I had an idea for a movie called Trucknado. It’s basically a giant storm filled with trucks.

Are the trucks Transformers as well? That would make it doubly awesome. If space is a vacuum, who changes the bags?

*Laughs* You wouldn’t want to run into that! What happens if Batman gets bitten by a vampire?

Isn’t there already a movie where Batman fights Dracula?

I don’t think so, but I haven’t been keeping up with the spate of superhero movies recently so perhaps this one has already been solved. As the outcome might already be determined, let’s skip ahead to the next option, if you could breed two animals together what new animal would you create?

A dog with a turtle shell. A doggle!

A doggle sounds like it would be half green and half cute. I want to meet one! Well, I’ve had quite a bit of fun asking some quirky questions, but I’m always up for new question suggestions. Do you have a great question that will get our minds turning?

If all the Doctor Whos got into a fight, who would win?

Now that’s an awesome question. There’s a case that no-one would win as they are the same person and would they would be equally matched, but I think I’m going to go for the ninth doctor because I just want to see him win and stand over the rest of them and say ‘That’s Fantastic’. What’s the answer?

The answer is, of course, Tom Baker because he would strangle the others with his scarf.

*Laughs* I forgot about that scarf, of course, it would win! Well, I think the mass of multicolour in that scarf is where we should wrap up our chat. Thanks so much for dropping in to share a taste of the wonders in ‘The Game Called Revolution’.

Excited to read the book we discussed today? Find it here on Amazon: ‘The Game Called Revolution ( ASIN: B0049B2CRA )‘.

Want to find out more about Scott Kinkade? Connect here!