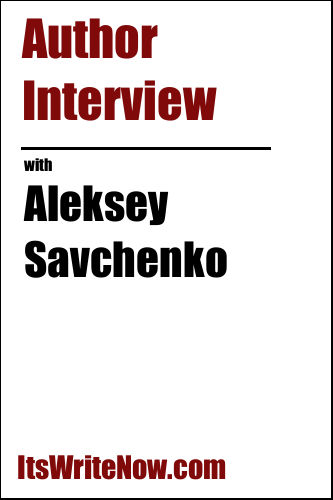 Set in a dystopian future, humanity has escaped the decaying physical landscape of Earth by transferring its collective conciseness into the digital world known as the Cyberside.

Will humanity survive in this dystopian landscape? Aleksey Savchenko, half of the writing minds behind the sci-fi adventure Cyberside, has kindly joined me today to guide us through this world. Aleksey can you start by situating us around the ideas that lead to this tale?

The brainchild of Alexey Savchenko, the world of Cyberside was floating around in his head for quite some time. With every crazy thought, every fantastic idea, Alexey would scribble his notes down. Locking them all away for a time when they could come together. Eventually, when the lore was further developed, he sought to turn the world of Cyberside into a story.

When the time was right, Alexey approached his good friends at Turn Me Up Games. Working alongside his buddy and colleague, Bert Jennings, they sought to bring the Cyberside outline to life. While Alexey continued to create and expand on the fantastic tech and settings, Bert went to work developing the characters and dialogue. The initial drafts of James and Matilda different greatly than their final forms. Over time and iterations, the characters developed, and the story was refined.

Together, over countless months and long nights, Alexey and Bert crafted a quick, entertaining read. It’s a story that explores a world of “what ifs” while still dealing with issues that are relevant to us today.

How did you make a world of what-ifs relevant to the reader? Did you try and build a connection through your own life experiences?

Oh, it’s a lot, really. Both myself and my co-author Ber Jennings have spent years in the video games development industry and you can see a ton of references. The same for technologies, we are like super geeks and partially this book idea has been born while out pop culture and tech banter.

Did these references to things like pop culture, and tech help you build your characters?

James is a composite character with some of the traits I have, but mostly built to resonate with the world and perform the role of an eternal wanderer and it’s a key figure. My favorite character the world itself through – living digital underside of reality that breathes through entities who are inhabiting it. There is also a secondary character, a monster-boy turned into what he is by the technical failure while mind transfer process. He must do questionable things, but his intentions are good. I’m in general a big fan of troubled, questionable characters, this is the one that perfectly fits.

Are the characters and how they fit into things what you like to keep at the tops of your thoughts when you write?

When it’s good it’s a trance and there are almost no thoughts, just channeling the story through yourself.

When you’re in the trance are you aware of your general energy levels? Do you find the trance is energising or exhausting?

It really depends on where am I in the story. There are elements that will make me write more and more, but sometimes you just get stuck with complex decisions or particular scenes and it can be rather exhausting to get through.

Looking back do you feel that you learnt something by working through the ups and downs of writing?

I guess the main one if appreciating and spending more time with the family, it’s kind of obvious through the book. There are times that cannot be returned and I’m glad writing helped me to realize it very soon, so I can spend more time with my kid.

Was it important for you to take what you’d learned and translated into something important to share in your book? Was there one thing that stands out to you as something worth sharing?

I wouldn’t really say there is some very deep special message. There is a subtle philosophical subtext in it though. I think the best way to express it would be “what is the role of technologies in our lives and what is the actual cost of one decision of one that can change the lives of many?” Other than that, I wanted to get myself and the reader through the series of amazing and a little bit surreal but educating adventures that will all come together in an unexpected finale that will leave something to think about.

Once readers reach the unexpected finale, is there another instalment that they can look forward to? Are you currently working on a related work?

The second book of the series. The first draft should be finished early next year. I have also taken a short pause after finishing the Cyberside to write a cycle of the articles about game development and almost done with it. it was fun.

That’s exciting! From fiction to game development, you’ve spent quite a bit of time writing. Do you feel that you’ve progressed since you first started writing?

I have started with short stories when I was in school, then wrote multiple articles for video games magazines at my college years and then started to write for video games as a game designer and narrative director. I think that my style matured and became a bit noir over years, you can see that in the book. I also tend to write in the present time and it all looks like a TV series script. Narrative-wise, I like painting the world through characters action and bring in magic realism slight elements into the world.

With so much narrative and world painting going on, have you started to think about how you will bring all of these strands together under an author brand?

Oh, see, to me author brand it’s a rather horizontal strategy, while I tend to think vertically. If you will check the website you can probably guess that there will be more associated products and I’m trying to build the franchise around the world licensing the universe to other creators. I think the IP Brand is more important than author one.

I love that you’ve thought about branding in a different way, and beyond the simple name of the author. Since you’ve got some great ideas on branding, let’s see if we can extend your thoughts by exploring some quirkier question options starting with if money doesn’t grow on trees then why do banks have branches?

Not to keep all fruits in one place?

Maybe, maybe not – it’s hard to tell. Something that might be easier to identify is vacuums. If space is a vacuum, who changes the bags?

Well, that just makes sense!   Why is a square meal served on round plates?

To irritate perfectionists and that serves them well!

*Laughs* It’s good to give those perfectionists something to worry about ever now and again! Can you cry underwater?

Loud and clear, I am!

Magenta, I don’t know, I just like the way it sounds.

It does have an interesting melody when it rolls off your tongue, doesn’t it? What happens if Batman gets bitten by a vampire?

I’m not sure a measly little vampire would make him retire! If you invented a monster what would it look like and what would you call it?

A small froglike creature with a trunk that lives in the jungle and repeats everything that you say as the matter self-defense in very, very low voice. Should have very thick brows as well.

And a unibrow as well? I feel that would just top off the look. In the vein of animal inventing, what animal would you create if you could breed any two together?

Gryllotalpa and honey badger to get an invincible multifunctional horror.

Yep, I think horror is the best word for it! Have you ever been on a literary pilgrimage?

Not specifically, I travel a lot because of my day job (like a lot, 100 to 200 days depending on the year) and draw inspiration on these trips. Interestingly enough not in still places like museums, but rather in breathing human society and people themselves. People are awesome :)

Wow, that’s a lot of days on the road! So much inspiration! With all that inspiration you must have a favourite line from your book. What is it?

Love the developer speak, but there’s not enough functions or brackets! In lieu of brackets, I’ll let you just another question to the mix. What quirky question do you have to contribute?

Is Winnie the Pooh actually a pig or a hog?

Yes, it’s a bear. But you will be surprised how many people will actually consider those two options if you ask them :)

*Laughs* I wouldn’t have expected that but you never know what people will answer until you ask them! And you’ve done a great job answering today.

And thanks for the help making it great! Aleksey, you’ve certainly helped entice readers to delve into the world of ‘Cyberside’ today, and I’m sure there’ll be many new readers lining up for each instalment of this series soon!

Excited to read the book we discussed today? Find it here on Amazon: ‘Cyberside ( ASIN: B07HDSH1HV )‘.

Want to find out more about Aleksey Savchenko? Connect here!