Author interview with Benjamin Davis of ‘The King of FU’ 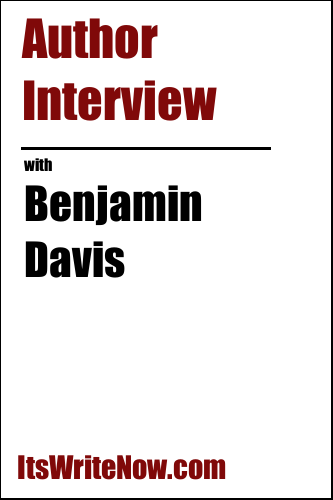 Ever wondered what’s the point of adults? Benjamin Davis has pondered this on our behalf and written down his answers in The King of FU, his memoir of the American nineties. Benjamin, what inspired you to write about your earlier life?

I couldn’t remember my childhood very well, so I just started asking family members and writing down the bits I could remember myself. It was more of a mental exercise to try and track what the hell happened along the way to turn me into such a dysfunctional adult. At first, it was only thirty pages, then as the years went by, I would go back to it again and again with whatever new memory I had or new story I heard. In the end, the whole process was on and off for about seven years. I didn’t set out to write a book originally, I was just hunting for some traumatic experience, some explanation–but no, just another privileged middle-class white kid with a lot of embarrassing childhood habits and an overactive imagination.

Did you draw a little on this imagination to add a little spice to the book, or was it mostly draw more from your own experiences?

So, it’s fair to say that the characters readers will meet are real people? Also, is there a little extra embellishment that you’ve added to them?

The book is based on my life so the characters weren’t hard to find. Giving the protagonist horns and fur actually came from some cartoons my father used to draw as a kid called ‘lobotomy faces.’ They were these little-horned balls of fur in different get-ups and he used to occasionally sit with me and show me all of them and I just thought they were the coolest things in the whole damn world.

It’s amazing what little characters, like those balls of fur, stick in your head over the years. When you were writing and reflecting on events like these, was there a central idea that stuck with you so much that you felt it needed showcasing in this book?

It depends who is reading it. A lot of the book focuses on those weird embarrassing situations and feelings that we all have as children that we desperately shove into dark corners of our mind as adults. I always felt like I had no one to talk to about these sorts of things as a kid because all adults were pretending like they never happened to them. But really, everyone still has an embarrassing dirty child inside their head, and in their past. I just hope that readers will walk away from my book and think, “well–I guess it’s okay that I still pick my nose after my wife falls asleep.”

Does your mind tend to focus on the weird aspects of situations, like the ones you’ve just mentioned when you’re writing?

Usually, whoever I am writing about, or my cats because they are selfish little monsters who like to sit on my laptop.

Do you find yourself energised or exhausted each time you write despite the interference from your cats?

Depends on the quality of the coffee…and the writing.

The quality of writing can be tricky. Do you think the quality of your writing has improved over time, and of course with the purchase of good coffee?

I work as a journalist as well and over time my writing has been impacted by this and evolved into something a bit more direct–maybe, probably…surely.

How has this evolution unfolded during this book?

To be prepared and patient. It isn’t like in the movies where the main character is a writer and by the end, everyone is like, “OMG I read your story in the New Yorker!” or the long-lost lovers bump into each other as one or the other walks out of a stylish and well-publicized reading. It’s a load of crap, Hollywood is full of lies, beautiful lies–but lies none the less. I would say, if someone is serious, save money. Pay to get your work well edited, once, twice, three times. Take a few weeks off after all of that, burn the book, cry, start over and then pay for another round of edits. Then, if you want to publish traditionally, get ready. It is a damn process. This means finding, and sometimes paying for services and memberships to get access to agents, educating yourself, figuring out what the f*ck a query letter is supposed to say and then waiting, waiting, waiting, then eventually you die and hopefully, your grandchildren know how to write a query letter.

You haven’t mentioned any new writing projects in that process, but I’m sure you have some. What can you tell us about them?

I’ve just released a bilingual (Russian-English) novelette titled “The Babushka Society.” (http://a.co/d/h4L5unT) It is illustrated by the same artist as The King of FU and we worked in collaboration with a podcast She’s In Russia (S.I.R.) to turn it into a radio drama which is available for free on their podcast (https://soundcloud.com/shes-in-russia/73-the-babushka-society). That was the past couple of months, I have recently created a Patreon page to showcase my projects and collaborations where each month I plan to collaborate with someone to create something new; radio dramas, short films, audiobooks, comics, tickle-porn. Who knows. (https://www.patreon.com/benjamindavis)

Showcasing your projects is a fantastic idea, and I hope that you’re able to extend your fascination with the world to your readers. Benjamin, thanks again for sharing The King of FU with us, and I hope to see more from your mind soon!

Excited to read the book we discussed today? Find it here on Amazon: ‘The King of FU ( ASIN: B07D2YYL6S )‘.

Want to find out more about Benjamin Davis? Connect here!