Author interview with George Thomas Clark of ‘In Other Hands: Revised Edition’ 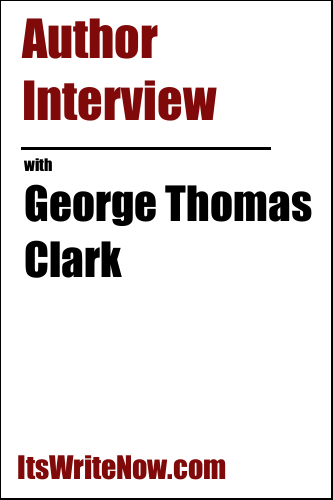 In search of stimulating stories, George Thomas Clark interviewed prostitutes in Madrid, Mexico City, Havana, and Managua and on many boulevards in the United States, and talked to detectives and rode the rough roads of social workers who deal with human trafficking, which is contemporary slavery, and toured the tattered, handmade shelters of the homeless and also interviewed them on the streets and in shelters, and conversed with the poor in the United States, Mexico, Ecuador, and Spain, and sometimes used several lives to create composite stories, and even a few tales, and everywhere the author ventured he witnessed struggles of those whose lives are bound In Other Hands.

George Thomas Clark has kindly set aside a little time to chat with me today about the lives and roads that have led to the tales in In Other Hands. George, there’s so much going on in this book, that to the outsider might look overwhelming. Can you take us back in time to how it all began and what led you to start this book?

This book started about 14 years ago when I began to interview people who were struggling with homelessness, poverty, prostitution, and human trafficking.

Is it accurate to say that the people you interviewed all of those years ago have appeared in the book?

Most of the characters are real people I interviewed. Some of composites of people I talked to and/or read about.

So much of this book is about the experiences of others. Did you find that you drew on your personal experiences as you were crafting the story?

When I talked to the homeless and those being sex trafficked and others, I felt some of their pain and distress. But I was able to go home to the suburbs. I still think about the people I met.

Still thinking about these people really shows how much an impact these people have had of your life. After revisiting their stories both individually and in aggregate, what message did you feel you had to share with readers?

Many people need help but due to a variety of problems, including mental illness, are unable to extricate themselves from devastating circumstances. I learned that most people are lucky not to be facing the difficulties of those “In Other Hands: Revised Edition.”

Did you focus on a single idea, like the people themselves, their circumstances, or some of these problems in a more general sense as you built the stories in this book?

I’m always thinking about the characters and the stories.

Does do you ever find yourself exhausted by the challenge of getting the complexities of these stories done on paper?

Writing energizes me. If I fail to write, that exhausts me.

So, how have you kept enough stories in hand to write about to prevent any exhaustion? Have you ever taken a literary pilgrimage looking for ideas?

Everywhere I go is a literary pilgrimage. I almost always have my notebook, and I’m always looking for new subjects to write about.

I like to think the best subjects come out of the left field. And it happens I’ve picked a few up from left field recently, so hopefully, we can spark some new writing ideas for you with questions like, can you cry underwater?

Yes, I did so as a kid when I badly chipped a tooth on the floor of a swimming pool.

I hope it wasn’t a permanent tooth. And if it was, there’s awesome the option to borrow a set from a vampire, because I’m sure they have a few spare sets around to make sure they’re always ready for their next victim. On the topic of vampires, what do you think happens if Batman gets bitten by a vampire?

Batman, driven by Robin, rushes to the emergency room.

Driving the hero to the emergency room is one of those under-reported sidekick duties that really isn’t appreciated as much as it should be. From driving to dinner, why is a square meal served on round plates?

Round plates represent the circle of life.

Good to know. Have you seen any circular progression in your writing as you’ve kept building your skills?

I often write in the first person and explore the points of view of those who have told me their stories.

So, whose points of view are you exploring at the moment?

I am working on my second book about Donald Trump. The working title is “Trump Time.” I already have written about 86,000 words and expect to publish this collection of satirical stories in 2019.

It sounds like you’ve been driven to take steps in a different direction with this new work.

Yes, I’m driven by talking to people or reading the news and transforming information and experiences into creative stories.

To give our readers a final taste of In Other Hands: Revised Edition, can you leave us with a snippet of some of the experiences that are waiting for them?

“I have a poor work history. I can’t deal with people. I hate crowds and stress.” – A homeless woman in the story “Christmas Eve”

There’s so much to consider from that single sentence, it’s clear that to get the full impact, we’ll have to read In Other Hans. George, thanks for introducing us to your work, and I hope many readers will get to meet these characters soon.

Excited to read the book we discussed today? Find it here on Amazon: ‘In Other Hands: Revised Edition ( ASIN: B07HBBQ5R6 )‘.