Author interview with Blake Hanlon of ‘The Abomination of Yaultan’ 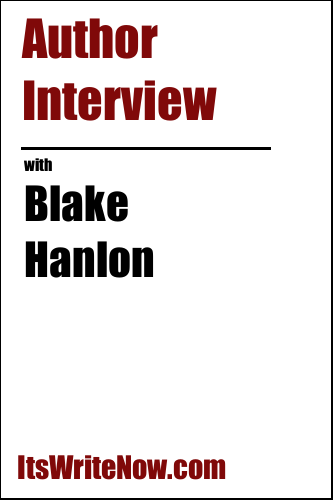 17-year-old Edin longs for adventure. Languishing in his little of Yaultan, he is desperate to become one of the Por Fen–monks of the church whose sole job it is to hunt down and destroy magi also known as abominations for the evil their magic is.

He is soon forced from his home and must embark on a deadly journey through a wilderness full of monstrous beasts, both man and animal–with commoners and nobles alike ready to slay him at every turn.

Edin will need all his skills–even magic–if he’s to survive in a world bent on destroying him.

Will Edin survive in this world of magic? Blake Hanlon, author of the magical world of Yaultan from ‘The Abomination of Yaultan’ has kindly agreed to share a taste of the magic with us today. Blake, there are so many books out there about magic, what inspired you to build and share your magical world?

I’ve always loved the sort of discovering your powers, skills type of books. The leveling up type thing. I’ve been a RPG game player for decades like WOW, Dragon Age, Diablo etc

Were elements from your own life, including your RPG game playing experience help you develop the story further?

Were the characters also developed from what you’d learnt or people you’ve met while studying Hung Gar Kung Fu?

Edin just happened, a lad that had an unknown talent. Something that made him special… but also a danger and marked for death. After that I just sort of let him go in my head.

What do you think about when you let the characters go in your head as you write?

The story I suppose. In my ears I try to have instrumental music.

That it’s okay to be a guy and be awesome despite what certain people are pushing these days.

Certain people aren’t saying that at the moment, so I’d love to find out if you learnt anything by sharing your own thoughts through magic and this tale. What can you share with us without, of course, giving the ending away?

There’s a lot of things in the book, talents, objects, people… it would’ve been a bit difficult to keep it all straight without a cheat sheet.

Cheat sheets are awesome, and a great tool for many things. I personally like cheat sheets full of fun questions to inject a little humour into interviews. Let’s see if we can make some smiles starting with the question why is a square meal served on round plates?

I have square plates.

Does that make your meals round? I’d love it know! If money doesn’t grow on trees then why do banks have branches?

Because they sprout from the main office.

Good answer, now let’s try, what happens if Batman gets bitten by a vampire?

It wouldn’t penetrate his suit.

I wonder what happens when he isn’t wearing his suit, or his suit has a hole it in. Perhaps they are the less happy days for Batman. From Batman to books, have you ever been on a literary pilgrimage?

I wouldn’t say pilgrimage, but I did visit the Wolf House in Sonoma last year. Jack London’s cursed home that burned down before he ever moved in.

Curses, possible monsters, quite a place to see! On the topic of monsters, if you invented a monster what would it look like and what would you call it?

I don’t think I’d like to cross either of those in the street! We have a few minutes left today, so let’s quickly return to writing by sharing how you’ve progressed with your author voice as you’ve kept writing. Do you feel like you’ve seen changes with your work?

It changes all the time, progressed, well I’m not quite sure…

It can be tricky to figure out if you’ve progressed, but one way to make sure you’re on the right path is to keep up the practice. What projects are you currently using to hone and refine your writing skills?

Lots of new books on the horizon, it’s so exciting! Blake, we’ll let you return to those books so they won’t get delayed between today, but before you go I’d like to thank you for dropping in and sharing your magical world with myself and the readers today!

Excited to read the book we discussed today? Find it here on Amazon: ‘The Abomination of Yaultan ( ASIN: B07PS1DB3H )‘.

Want to find out more about Blake Hanlon? Connect here!