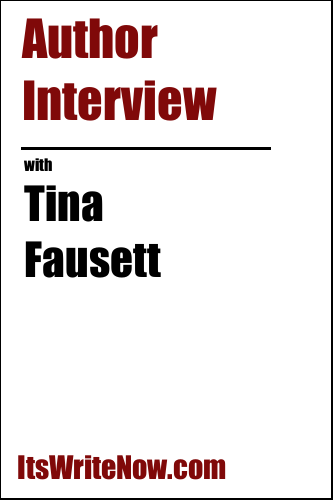 What’s going to come out of the shift in the universe? Watch how the changes unfold in Tainted with Tina Fausett and I as we chat in the first instalment in the A Shift in the Universe Series. Tina, let’s get started at the beginning, how did it all start?

I was documenting and researching some things going on in my own life and without realizing it, the characters came together and I was writing the A Shift in the Universe Series.

I love hearing about characters! Tell us more about the ones we get to meet in this tale came to life?

There is a part of me in every character I write and parts of people I know. I often use real conversations I’ve actually had.

So, there are bits from your own life peppered throughout the tale?

Absolutely, that’s how I keep the emotions raw and believable.

What was the central message that you hoped to share through those raw and believable emotions?

Being a series, I wanted each book to be suspenseful, but always alluding to energy of love…because love is all there is or ever will be.

Was balancing the differing energies of love and suspense one of most important things that you learnt while working on this book, or was there another idea that you felt turned into a greater learning experience for you?

Beverly Colton is a disposable, horrid person. I had to learn to put myself in her skin and mind…to feel and think the way she does. It was an emotional roller-coaster, but I learned so much about her personality disorders, that I could go there and feel empathy for her.

This book is the first in a series, so I we won’t touch on if you’ll have to worth with Beverly again, but are there other projects in progress that you can share without giving too much away?

Helping a Chef write a book about his experiences and recipes

Wow, all of those projects! You must get so much energy from writing.

Writing completely energizes me. It and painting. I can get lost in both and have absolutely no idea where the time has gone.

With so much love of writing and painting, I’m going to let you return to it, but can you just leave a little taste of this book for readers to get excited about.

Darsh could save her from certain peril, but he could never save Gina from herself.

Peril, Darsh and Gina. Tina, thanks for introducing us to this combination today, and I can’t wait to hear about how it unfolds in the next book soon!

Excited to read the book we discussed today? Find it here on Amazon: ‘Tainted/Book 1 in the A Shift in the Universe Series ( ASIN: B07FTCF2K8 )‘.

Want to find out more about Tina Fausett? Connect here!