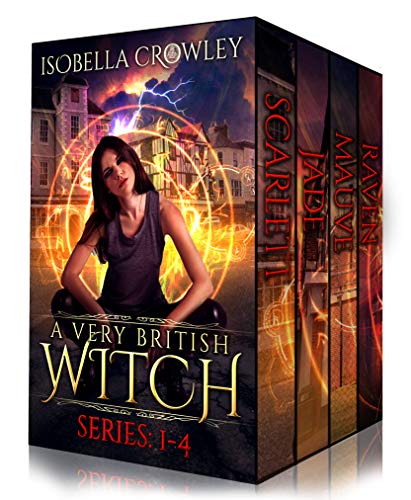 When book-worm Scarlett is accused of murder, she has no choice but to take up sleuthing and find a way to clear herself of suspicion.

This boxed set contains the first 4 volumes of the A Very British Witch series:

If you like your protagonists quirky and hilarious, your mysteries confounding, your vampires secretive, and weres dashing, you’re going to love everything in the A Very British Witch series.

Set in an actual village near Oxford, in England, UK, this urban fantasy has a touch of paranormal cozy mystery in it.

It also contains the occasional British expression. (There is a humorous glossary at the front to help you out with the translations.)