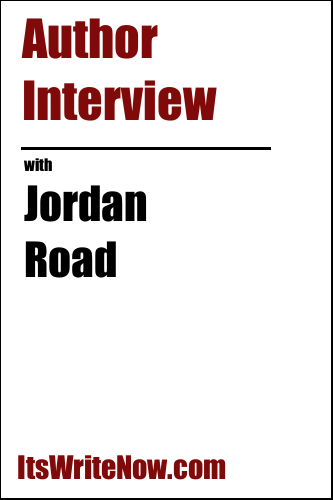 If you want more stories like Get Shorty, Californication, and Entourage, Hollywood Hostage is the book for you. And it’s a bit like Tropic Thunder. The actors who are making a movie get drawn into something like an action movie. And the actors don’t perform very well.

Karl is a washed-up movie director with a drug and partying addiction. Hollywood won’t touch him anymore. But after he survives an armed robbery and makes it onto the evening news, a producer who wants to ruin his own film so he can buy up his studio hires him. Shenanigans ensue.

Shenanigans can cover all manner of sins. Were there aspects from your own life that we might see pop-up in these shenanigans?

I am (or I used to be) pretty far from all things Hollywood. I knew I couldn’t make something that an insider would say, ‘That’s just how it really is.’ So what I put together is based more off tabloid newspapers and celebrity gossip magazines. That’s the Hollywood fans want to see.

Do you feel that this view of Hollywood will be something that the fans want to see for years to come?

It should stay relevant for quite a while.

You know I tend to agree there. So, tell us a little bit about the people that readers will meet in the book.

Karl’s a selfish schemer and a movie director. After reading Martin Amis’ Money I really wanted to explore someone like his John Self character. That book is a string of disasters for that director and it’s hilarious and brilliant. But it’s not for everyone. I tried to make something that everyone will love, but it’s far from brilliant.

I love that honesty about your own work. Have you had honest, or even tough criticism on your writing?

An editor with Del Rey loved my sample chapter (of another book) but went into detail about how much of a mess my novel was. Rejected. That’s when I really started digging into what people want to read.

The best compliments can be found in my reviews. On both of my other books (under JM Riou) I’ve been labeled a ‘master storyteller.’ That keeps me writing.

What kinds of things have readers been saying about this book?

A lot of people dismiss it when they see the strange format (the screenwriting section). It is different but you get used to it by page 3. The reviews love it.

Where did you learn to write work that is well loved in reviews?

Trial and error. Notepads carried with me while I worked long hours in the bush for 15 years.

Was there much preparation that you understood as you worked these long hours?

I’ve been at it for decades, and because I worked in the bush most of that time, I wasn’t able to join writing groups, or participate in conferences. Just kept plugging away, developing a very unique voice.

Did you ever join a writing group during those years when you were plugging away at it?

How do you think that your writing and voice has changed over your development?

I used to fill my writing with long descriptions. Lots of fluff rendered in gorgeous sentences. Now I only do enough to let the reader know what going on and let the characters speak for themselves.

What do you try and think about to keep the characters speaking for themselves?

For this book, I kept a mental image Tom Cruise and Tara Reid locked in a room together. They’re complete opposites, and in my mind, they hate each other intensely.

What did you learn from keeping those two personalities locked into your mind?

Scriptwriting! Every chapter, every scene starts out like a film script, and once I’ve established the scene at turbo speed, I jump into fiction.

What do you hope readers take away from this combination of mini film scripts and fiction?

I wanted to make fun of the difference between the actor and the character they’re playing. You get your action hero type who doesn’t have the nerve to pick up a gun when real bullets start flying. Things like that.

I love the idea of exploring that contrast. But I’m not everyone. So, who shouldn’t read this book?

Hollywood Hostage is filled with Hollywood excess. The kind of things you’d find in the tabloids. If you are sensitive about sex, drugs, and rock and roll. This isn’t for you.

Have you thought about how to help readers who love to be those kinds of things easily select your books by creating an author brand?

Major introvert here. I’m an avid mountain scrambler and am experienced at survival in the rugged wilderness of the Canadian Rocky Mountains. It doesn’t line up too well with a Hollywood screenwriter, though.

Maybe it just needs a little spin to get it to work! For readers who are loving your version of spin, where can they find your next creative work?

I have my foot in the door with a film production company. Early stages. A film script about a teenage nerd taking down the Russian Mob in Chicago.

Now that just sounds FUN! You’ll have to drop in and share more about the projects as they progress, but until then, Jordan I’d like to thank you for sharing Hollywood Hostage with myself and the readers today.