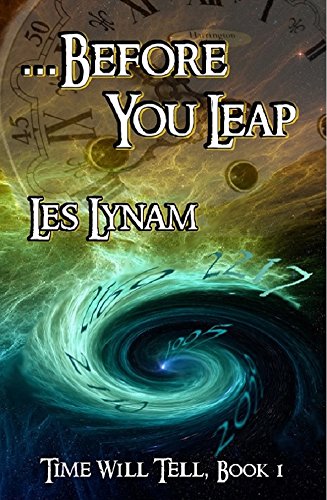 Two teens in a time machine… what could possibly go wrong?

Sean knows there’s something different about the new girl in school — Alexis Townsend — but before he can figure out what, his world is turned upside down by the arrival of a distant relative. Distant, as in, his great-great-great-great-great-grandson.

Life in 1995 seems pretty primitive to the time-traveler from the 23rd Century, but he tries hard to fit in with some help from his ancestor. Einstein’s Theory didn’t cover this relativity.

…Before You Leap is a humorous, nostalgic romp that takes place in the final decade of the 20th Century.