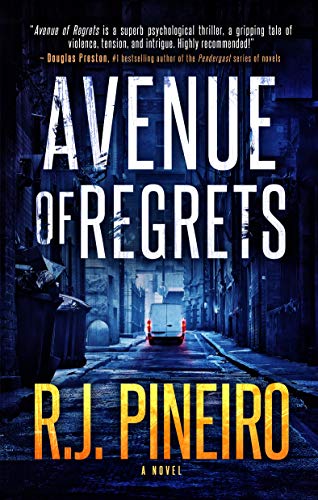 What would you do if you discovered that the violent death of your family seven years ago was not as it had seemed?  How far would you go to uncover the truth?

“An engrossing novel of domestic suspense . . . a fast-paced tale of murder and horrific crime with twists and turns Worthy of Hitchcock.” —Publishers Weekly

David Wallace had it all: A beautiful wife, an infant son, and a great career.
Until a tragic mistake ended it all.

Seven years later, David has managed to move on with his life, having started a shelter for battered women.  But he’s still haunted by the indiscretion that changed his world forever.  He hopes, even prays, that by helping those abused, those living in fear, he might be able to put his dark days behind him.

But on the seventh anniversary of that terrible night, he learns that everything that happened back then-everything-was not as it had seemed. This revelation propels him into a world of unspeakable violence he never knew existed.

Still, he won’t stop-he can’t stop.  How could he?  Could you?  Someone killed your family and for seven long years made you think you were responsible.

But there are dark forces in play demanding a reckoning.  Besieged by past demons, David discovers enemies and crimes so heinous and, so far reaching, they threaten to propel him down another Avenue of Regrets.

“A hard-hitting examination of regrets, atonement, and acknowledging sins committed and those imagined.” –Midwest Book Reviews

“Greed, violence, and the hope of redemption are the defining themes of Avenue of Regrets, a non-stop action thriller.” —Foreword Reviews

HAUNTED BY THE PAST . . . SEARCHING FOR THE TRUTH.

Avenue of Regrets, a psychological thriller in the tradition of James Patterson, Jonathan Kellerman, and Lisa Jewell.