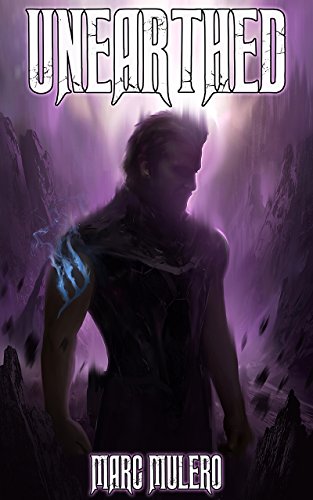 Blague is a defiler, a criminal, a demon… to most of the world. But to some, he is a liberator. Scorned and banished, he knew that this wasn’t to be his end – that something, somewhere deep, burned within him. A power so immense that it would define the legacy of an entire rebellion, if only he could ever unlock it.

His past is a cold mess. After his mother and father were stolen from him, after he witnessed the murder of the person he loved most in this world… there was nothing left to take. He’d lost everything to the Hiezers.

Now he treks in exile, as a Sin, witnessing more of the Hiezer atrocities. He watches causeless violence, innocents dragged away, permanently, for some dark experimental objective. Now more than ever, renewed purpose is clear – Blague must break the chains, and he must unleash his inner demons to do it.

It’s here, with a multifarious group of able misfits that his journey takes shape, one with a singular facet that holds true throughout it all – their suffering has only just begun.