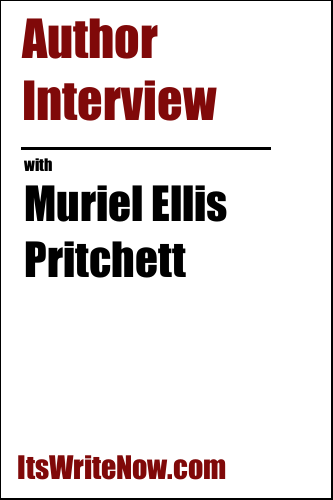 On her 50th birthday, Missouri Rothman totals her car, loses her beloved job at the university, and her professor husband asks for a divorce to marry his post-doc student with the 18-inch waist and perky boobs. Now it is up to her to take the lemons life has tossed her and make the best lemonade possible — even if it means becoming an art student and traveling to Italy alone.

Will Missouri be able to make lemonade with the lemons that life has thrown at her? To find out, I’ve been joined by author Muriel Ellis Pritchett of ‘Making Lemonade’ to chat about how she crafts her writing recipes. Muriel, can you set the groundwork for your story by sharing how it originally came to you?

It started at lunch with friends at a beach weekend with five women who had divorced after 20-30 years of marriage. They were all in their fifties and tired of reading books about twenty-somethings who were trying to find the right man online. They wanted to read books about women their age who were dealing with problems like colonoscopies, mammograms, divorce after 25 years of marriage, adult children moving home, ageing parents, etc. They said I needed to write such a book for them.

I love books that come directly requested from readers! Was much of the tale inspired by this lunch?

Yes, I listened to my friends’ stories and filed them away. As for the study abroad in Italy, I did spend 10 weeks studying art there as a 50-something, non-traditional student.

How did the characters evolve from this combination of being a non-traditional student and that lunch-time conversation with the girls?

Do you focus on becoming a Frankenstein-like creator, or does your mind tend to settle on other thoughts as you write?

I try to get inside my character’s mind. Once I do this, the story takes off and writes itself.

What did you learn by letting this book take off and write itself?

From my readers, after they read the book, that the ending ended too abruptly. I wanted them to decide what happened, but they wanted to know more. So with my second book, I tied up all of the loose ends and everyone was happier. I went even further when I ended my third book, which will be released at Thanksgiving.

A story that spans three books must have important messages to share with readers. What do you feel is the central idea that you wanted your readers to take away?

That no matter how many lemons life tosses your way, you need to pull yourself together and make the best lemonade possible. No matter how badly you’ve been kicked to the curb or wronged by your man, you need to rise up out of your self-pity party. Success is your best revenge.

Success is much more fun! Do you feel that this message and the situations that your characters find themselves in is one that is really of its time, or will it become more relevant in the future?

I think stories about love and divorce, and women being mistreated and striking back, will have an impact in the future. None of that is going away.

Despite the fact that this isn’t going away, who do you think won’t love your book?

Although I have sold this book to a number of men, I don’t consider it a book for the typical male reader. I think it is a good, humorous beach-read book for any woman over 50.

What kind of responses have you received from women over 50?

When I went to my first book festival in Decatur GA, the women would come into my publisher’s tent, read the synopsis on the back cover, and laugh. Then they would buy a copy. Once, after a feature article appeared in the local daily newspaper, I attended an authors event at the library. Women would come in — some waving the newspaper article — and ask where I was. They wanted a copy of my book. They wanted their photo taken with me. It was so unexpected. And of course, my friends who persuaded me to write the book, loved it. My high school friends gave me a book launch party and posted everything on Facebook. I think MAKING LEMONADE has been more popular than my second book, LIKE PEACHES AND PICKLES, which is about a 55-year-old woman, who is married to her job. She falls for a rotten scoundrel, who steals her promotion and then fires her. My third book, being released at Thanksgiving — ROTTEN BANANAS AND THE EMERALD DREAM — is about a 62-year-old widow and art professor, who retires and moves into the perfect retirement community to live out her golden years. Did you notice that my protagonists are getting older along with me?

*Laughs* Yes, I did, and I hope they’re having as much fun with their adventures as you are writing about them! As you look back upon your journey as a writer, how did you prepare to become a writer?

When I was in the third grade, I knew I was going to be a writer — a reporter like Brenda Starr in the newspaper. I wrote for my school newspapers in elementary and high school, and at the university, where I went to study journalism. I did become a reporter for a daily newspaper, but ended up in public relations at the university — better hours, more money and less stress. So you can say I had a long writing career. When I started writing fiction, I soon realized it was not as easy as I hoped. Fiction writing involves lots of potatoes tossed in with the meat. News stories just contain the facts or the meat. I had to work hard to learn to write fiction with plenty of potatoes.

Whereupon your winding journey as a writer do you really felt that you learned to write? Was there one place or situation that really stands out to you?

Outside of journalism class in high school, I did not have any formal writing classes until college, when I took Dick O’Brien’s fiction writing class. I did get an MFA in dramatic writing. Most everything I learned about fiction writing after that came from writers conferences and writers groups.

Do you currently belong to a writers group?

Yes, I belong to a writers critique group that meets weekly. I’m also a member of WFWA and SWA. I still like to attend writers conferences from time to time to see what’s new and to meet editors and agents. If you are a beginning writer, I highly recommend attending conferences and meeting other writers and networking with editors and agents.

What feedback have you received from these groups? What’s been toughest to deal with, and what’s been the best compliment?

The toughest criticism that I get from my writers group and editors is my shortage of potatoes. One day, after reading a new chapter for my fourth book — SOUR GRAPES — to my writers group, they laughed and told me the chapter had too many potatoes.

My best compliment was when my former writing professor told me my book was a good read. That it was fun to read. That it made him laugh out loud.

Now that’s a great compliment, one that no doubt helped you work through the ups and downs of writing. How has your author voice progressed as you have continued writing over the years?

I spent nearly 10 years trying to write middle grade and YA books, but editors kept telling me they couldn’t connect to my voice. But as soon as I began writing fiction for older women, something clicked and now everyone loves my voice. Guess I have an old lady’s voice.

Knowing where how you write and where you sit in the market is an invaluable piece of the writing puzzle. Have you started to think about how this will influence your brand on your publishing journey?

My publisher is Black Rose Writing, a very small traditional publishing house. I get a royalty check every six months. I call BRW a mom and pop publisher. The entire staff from the design team to the PR dept. works closely with all authors. We’re like one big, happy family.

Can you share a little of the next works that you’ll be taking to the big, happy family to turn into an awesome book readers can look forward to?

Like I mentioned earlier, I’m working on the fourth book in my “fruity” series. SOUR GRAPES is about a former Broadway performer who has a stroke and has to move in with her daughter, son-in-law, and two grandchildren. I recently completed a middle-grade novel that is now being read by six beta readers. DROWNING DAYS is about a sixth-grade boy Luke, whose dad dies without a will or insurance, leaving the family heavily in debt. The family is forced to live with the grandmother in the Marshes of Glynn, where Luke is bullied by cousins, nearly drowns while mullet jumping, and gets kidnapped by coastal, hog-poaching pirates. I’ve also finished a YA paranormal, NOT MYSELF TODAY.

Wow, there are so many choices for readers to pick from! Before I let you return to making each of these tales a reality, can you share a little taste of your writing philosophy to readers?

I love to write. I love to have people read what I write and know that they were amused or entertained. That’s what I liked about writing plays. I would sit in the audience and pray that everyone would laugh in all the right places. Cause if they don’t, then it’s on the playwright.

And, I for one can’t wait to be entertained by your next work! Muriel, thanks for sharing a taste of your writing and journey with us today.