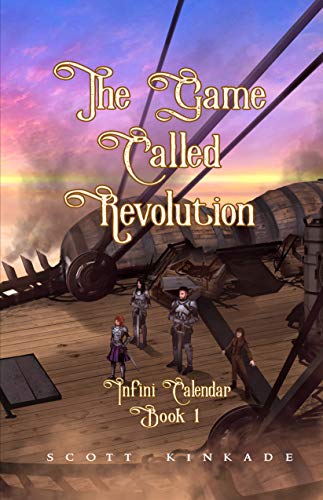 Taking place during a French Revolution that is familiar yet very different, this steam-powered story depicts the adventures of the Ordre de la Tradition, a group of elite knights and other exceptionally talented individuals, led by the cool and confident Jeanne de Fleur, who answer only to His Majesty, King Louis XVI. On July 14, 1789 (Infini Calendar), the Ordre is called to the Bastille to investigate a mysterious message that has appeared in the cell which formerly belonged to the diabolical Marquis de Sade. While they are there, the prison suddenly comes under attack by an angry mob. They soon discover that this is not an isolated incident; the Palace at Versailles is also besieged around the same time. Why is this happening? Will the Ordre be able to save the monarchy from assassination? How is the Jacobin Club involved in this? What strange powers does the Count of Saint-Germaine possess? What is the secret of Jeanne’s left eye? Is that sadistic Austrian woman friend or foe? All is revealed within. This is the 3rd edition.