Author interview with Marguerite Mooers of ‘The Lies That He Told’ 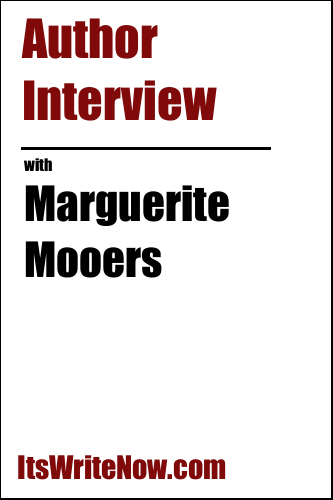 Kiki Coleman meets Nate Marks when she is swimming nude in her swimming pool and he has run out of gas. But the tales Nate tells are untrue, and when her parents disappear after heading overseas, Nate vanishes also. Is the man Kiki is attracted to, part of a scheme of deception and murder and if she follows her heart and tries to find him will she be walking into the arms of a killer?

Will Kiki risk her life and find the man she loves, or will she heed the warnings that this man might be a killer? Will she believe the truths that may be lies? Marguerite Mooers the master architect behind the mysteries of the truth and lies of ‘The Lies That He Told’ joins to examine the twists and turns of this novel. Marguerite, what inspired you to write a book where it’s hard for our protagonist, Kiki, to tell the truth from the lies?

I read a book about a man who conned a young woman into taking a drug rap for him and I wondered about creating a character who was a con man whom a woman would believe and follow.

Wow, there must be an interesting dynamic between those two people, I can see why you’d be interested to explore that through fiction. However, I hope you personally haven’t met anyone like that! Assuming you haven’t met many con men, did you still find yourself adding elements from your own life in?

I actually sent for a pack of marked cards because I wanted to see how they could be used. The game that the characters play Three Card Monte is a gambling game where the marks (the victim) are set up to lose money. Nate takes some chances that he will be found out in his illegal activity. That was fun to write.

Are you much of a card shark yourself?

I don’t play poker, but Nate earns money playing poker, so I had a friend who does play vet the scene where he plays.

How did the characters come to life from the combination of your own experiences and your research?

As I said earlier, I read a book about a man who was a cheat and a liar and unrepentant. Nate does what he does, but he is at heart a good man.

Was the importance of having a good heart the central message you wanted to to share with readers or was there another idea that you hope readers take from the book?

Writing a novel about a con man was fun. Nate has an interesting backstory. He is not altogether honest in the things he has done, but it was fun to make him sexy and appealing in spite of this.

Do you feel that the risks of con men are relevant to today’s readers, or do you feel they will become more prominent in the future?

We live in an age when there is a lot of cheating going on, and what Nate and Jack are doing in the book is actually pretty small potatoes compared to internet cheating which is rampant. We all need to keep our wits about us as we go about our daily lives. The sharks are out there.

Are there people who you don’t think will appreciate reading about the sharks of life, and therefore shouldn’t read this book?

I think someone who wants a face-paced, romantic thriller. The book is in three parts, part one introduces us to Kiki, part two introduces us to Nate and in the third part, they work together.

Where did you learn to write?

I wrote as a child, little stories for my mother who was a high school English teacher. I started my writing with poems and short stories and later graduated to novels.

How did you take what you had learned from your mother and teacher and prepare to become a writer?

I started off writing short stories and then about five years ago I wrote my first novel about a cold case, with a detective as its main subject. Writing murder mysteries has been a lot of fun (and some work).

Have you sought support from professional writers or through writers groups to help you get that hard work hitting the right mark with readers?

With advice from the professional writers, I’d love to know what you think about now as you write.

I keep my eye on my characters. Even when I’m not actively writing, I am thinking about them, or about the plot. I keep a notebook handy to jot down ideas that occur to me as I go about my day.

How has your voice as an author changed as you’ve kept interacting with your characters and their lives over time?

I think I have developed the story better. I am more willing to take the time to stretch out the story to reveal the characters, rather than having just events happening.

What kind of responses have readers had to this character revealing approach to storytelling?

It’s great to hear that people are loving your work. Have there been times that you haven’t had as much love from your readers? What has stuck with you as being the toughest criticism of your work?

The toughest criticism is that I don’t edit my books very well. This happened a lot when I first published. I am much more careful now.

What fantastic compliment has come from your greater care and attention to detail?

I think all the nice things people say about my writing has helped me keep going as a writer.   I actually have some fans.

Having fans waiting for your next work is a great motivator to sit down and do the hard work! Are you working on a new book that they can look forward to?

Another mystery tale on the cards, have you started to think about how you’ll pull these tales together for readers through an author brand?

I actually went back and changed the covers of a couple of my books so that they looked more similar to each other. I am still doing this.

Who has done your recent cover designs?

I use a book designer called ViknCharlie on Fiverr. I have used them for the last three covers of my book. They do a wonderful job for me.

And I hope they continue to do a great job for you. Marguerite, thanks for joining me today to share a taste of Kiki’s world in ‘The Lies That He Told’, and I hope to hear more about your upcoming kidnapping mystery in the near future.

Excited to read the book we discussed today? Find it here on Amazon: ‘The Lies That He Told ( ASIN: B07S8Z7GVJ )‘.

Want to find out more about Marguerite Mooers? Connect here!