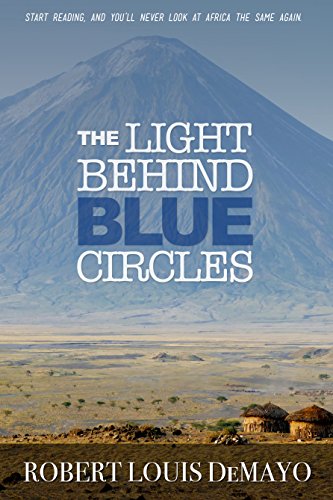 Haunted by terrifying nightmares and a mysterious prophecy, a young man embarks on a 3,000-mile trek through the African bush. From Victoria Falls at night during a lunar rainbow to the great African savannah stampeding with wildebeest to the evocative Serengeti with Mt. Kilimanjaro rising up with the dawn, The Light Behind Blue Circles captures some of Africa’s most iconic scenery. This is a ghost story-it’s about that rumble in your stomach when adrenaline surges. It’s that feeling you get when you stand in the dark and hear an animal growling from only feet away, or sense there’s someone else in a gloomy room. Although this fictional story has characters that are Maasai, it is not about their culture as much as a web that several Maasai and a Seer get drawn into, along with several travelers. Start reading, and you’ll never look at Africa the same again.