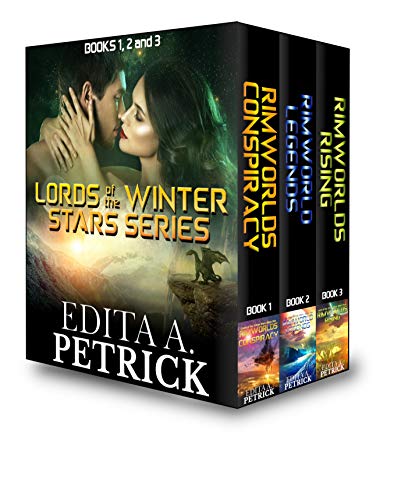 It’s a galaxy at war.

In Rimwords Conspiracy, Book One of this science fantasy fiction, Arun Dyem fights for her people’s survival on her planet of Hettamir against the space pirates who threaten to take over. Tragedy ensues and in Book Two, an Ally princess races to freedom with her newborn. She turns for help to the Treetop Witches who are forbidden to interfere with human destiny. In Book Three, much time has passed and the space witches try to prevent a human child’s return to the Allies, but her telepathic power lets her escape. Will this spell triumph or tragedy for a galaxy at war?