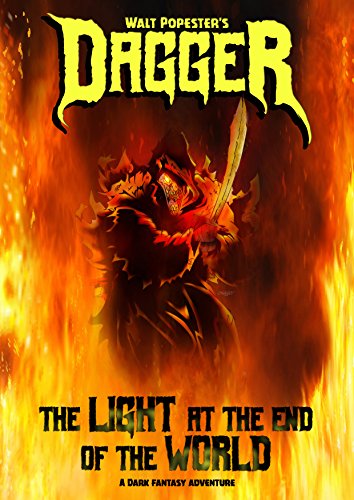 “If you’re looking for true adventure, uncharted places, rogues, wise psycho lizards, and sea storms, you have finally found what you’ve been always looking for: Dagger.” – Books and Games Addiction

Born as a god. Raised as a rogue.

Dagger is a street kid, growing up in a city ruled by a brutal totalitarianism. He came into the world through a blasphemous ritual to resurrect his father… too bad the father in question is a bloodthirsty god whose soul was banished at the dawn of time. The boy is hidden in a guild of rogues, where an albino girl is the only person in the world who does not consider him a monster because of his red eyes. But the Gorgors—servants of the exiled god and incarnation of the deepest nightmares—are already on his track, and Dagger will soon realize that there is no refuge for him. Soon, he will realize that no one can fight against himself.

Note from the author:

I wrote a dark fantasy whose purpose was to break with tradition, the narrative addressing more existential issues rather than the overused formula of evil against good. In Dagger the struggle between good and evil is not clear, nor easily identifiable. It is a tormented process with an outcome that is difficult to predict. I don’t sell pre-cooked messages to the reader. I decided to create a story with multiple interpretations.

The saga continues with Dagger 2 – Blood Brothers, book two of the Dagger Saga, which is now complete and available on Amazon worldwide.

The debut saga from Walt Popester, Dagger is a new addition to the great dark fantasy tradition of Brent Weeks, Michael Moorcock, and Glen Cook.