The Assassination of JFK – Who Really Did It And Why 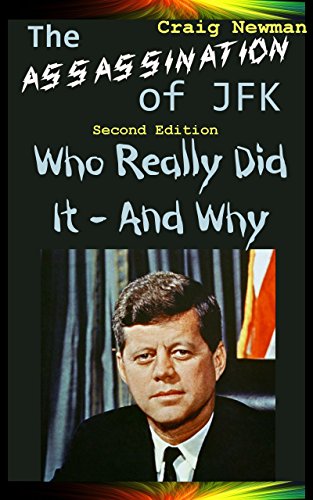 The assassination of JFK is a subject that has intrigued millions of people for over 50 years.

So what’s different about this book, “The Assassination of JFK – Who Really Did It And Why”?

Written by a lawyer, it cuts through all the misinformation surrounding the Kennedy assassination and focuses only on the evidence available. Something the Warren Commission strangely failed to do.

It also reveals how the assassination went wrong and why the subsequent cover-up was so important for the perpetrators. This is something that almost all other studies into the John F Kennedy assassination overlook.

And it takes us back to the early days of the Kennedy family business empire, in the 1920s, and throws light on aspects ignored by other Kennedy assassination investigators. Such as the activities and boundless ambition of Joe Kennedy, the family patriarch and father of the president.

Talking of boundless ambition, how did Johnson, JFK’s Vice-President, feel at the 1960 Democratic Party Convention, when JFK won the nomination in the first round? Why did he accept the comparatively menial post of Vice-President under Kennedy?

Especially when throughout much of the preceding Eisenhower administration he had been more senior in rank to JFK as Senate Majority Leader? And at 52 years of age he wasn’t getting any younger. Did he know something even then?

Since 1978 the official version of the Kennedy assassination acknowledges that it took place “probably as the result of a conspiracy”.

So there WAS a Kennedy conspiracy! Who, then, were the conspirators and why did they plan and carry out this murder?

Who benefited? How did US policy towards certain foreign countries change after November 1963? What happened with domestic and financial policy?

The clues are there.

Craig Newman takes us behind the scenes for a glimpse of who really makes the decisions, and who has the power to murder the President of the United States and then order an “investigation” that covers up their crimes?

This is one book that no-one remotely interested in the JFK Assassination Conspiracy should be without.

This Second Edition contains some new material, including an additional Appendix on the Warren Whitewash/Report.