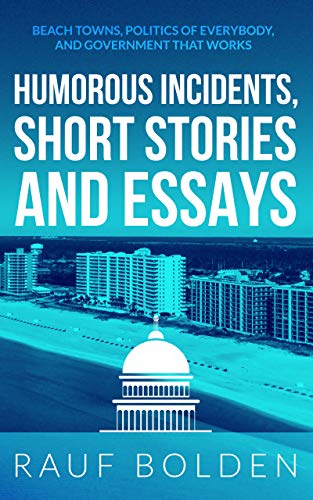 Our tale is about Li’l Johny, as he wades through the literal and political swamp of south Alabama’s peculiar politics of everybody, wandering from the wetlands to the beach, traversing the Backcountry Trail, bordered by the jurisdiction of the Orange Beach Government.
This collection of humorousincidents, short stories and essays provides a platform for addressing political points that local government has not, or is not willing to tackle like rebating the 4-mil property tax.
The plan is to make people aware that vast wealth is hidden in the vaults at City Hall ($40 Million in cash reserves), but the residents (population: 5,600) are seeing no revenue sharing in their pockets. This situation is not a dark humor short story, but the sad reality of unbridled ambition.
The key issue is local government’s sense of solutionism, meaning one vision is the best solution for everyone moving forward, possibly exporting the mayor’s brand of leadership to all the beaches of the world as an example of pro-growth tourism.
Some people will argue the Orange Beach government has a vision. I refer you to this quote, “…load up and come to a council meeting so that u can get the facts, the real truth and stop being educated into further ignorance by following this site [Facebook],” posted by Orange Beach Mayor Tony Kennon on Facebook (https://www.facebook.com/groups/155706324781200/members/).
We are blessed in our country to have a voice, and with this voice I ask for a government that works, respecting other ideas without being called down in the Council Chambers. I argue for a chance to free Council Members from the yoke of always voting unanimously with the Mayor.
Perhaps Council Districting is the answer, forcing Council Members to live in the neighborhoods they represent, voting for their constituents’ best interests instead of serving the city at-large. Perhaps we could ask Council Members to share their personal and business tax returns, disclosing what development projects they, or their family members hold a financial interest in.
This is why we are here, creating a sense of financial transparency, and rebating a small portion of the city’s wealth back to the residents.