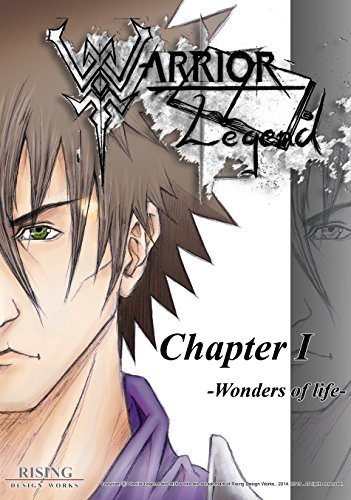 A tale beyond your own! The world is soon about to see a change, a big change! Experience the Legend yourself today!

The plot for 1-3:
In this still young world, one person is set aside since birth, taken care of by the monks, but grows up in the shadows of his own town. Years later as an adult, he has grown stronger than the monks ever expected! Why is he so unique from others, is to be answered! Now he teaches some soldiers with the skill, the ability just known as “Attribute.” This man, Ozias, like many other soldiers has to protect their city to stay closed off from the outer world and incoming attacks!
In Augo City everyone has been safe for generations, everyone is safe, until one day.. Suddenly, more then war is coming to town!

Then soon after, from the darkest clouds in the heavens above, like the lightning strikes, an unknown appearance has come to change the world for all eternity! Will this changes everything, will this world yet so young need to be reborn?!

Synopsis:
This event nearly 800 years ago, a legend about Warrior was written to help others in the future.. It was written by those who fought rightfully for the world that is today!
At that time, in that ancient world, in the city of Augo. People’s strong beliefs to this city, prevent them to even wish for leaving or live outside it. There is no better place then Augo says their leader, The Chief.

Zakaria an adventurer working in secret, exploring the outside world under The Chiefs commands.
One day he brings in a newborn child that he found lost in the forest somewhere out there. A non-Augoer is known as an “Outsider” and is not especially welcome since he is just a child he is given to the monks for care. The child Ozias grows up, with him he carries a gift!
By the monks, it is discovered that his ability is unlike any others! With that, The Chief sees the advantage of letting him grow up as an adult in Augo for training his soldiers learning attributes. Of all the soldiers Ozias trains, he becomes a close friend with one soldier, Enoch. Through Enoch’s understanding of this ability, Ozias decides to work harder with him.

One day all the sudden, the world drastically changes, war is coming to Augo!
Something has awakened! The world is starting to slowly fall apart. Ozias without understanding ends up in the middle of this wild situation.