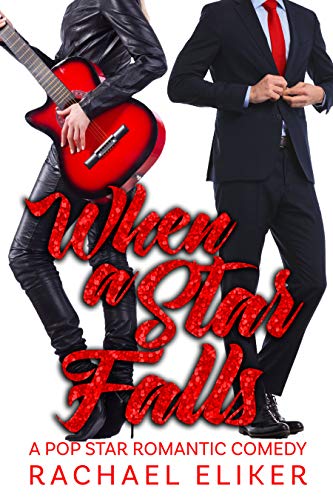 Ruby’s on her way to stardom and finding true love…if she doesn’t trip over her own two feet first!

Ruby Harkwad is a gifted songwriter with big ambitions. The day she meets Collin Moore, a brilliant rocket scientist and an all-around epitome of male perfection, she tumbles head over heels into his arms—literally. Not only does Collin bring out Ruby’s klutziness, he also inspires the lyrics she’s been struggling to get on paper.

The pair quickly becomes inseparable, but after Collin posts a video of an impromptu performance Ruby does on a dare, she’s recruited by a top record label when it comes to their attention. As Ruby’s being whipped into superstar shape by a ruthless beautician, Collin’s career takes off, too. Soon, Ruby discovers that there are perils to stardom, like eccentric divas, a ridiculously handsome backup guitarist who dangerously flirts with her, and sky-high stilettos that threaten to be the cause of her death. Soon, Ruby’s life becomes a whirlwind, leaving little time for Collin.

When Collin’s beautiful and cunning personal assistant sees her chance and decides to pursue him, Ruby must decide between making a name for herself or sacrificing it all to keep from losing Collin for good.

Read the Entire Pop Star Romantic Comedy Series by Rachael Eliker! Full of swoony romance, awkward and hilarious mishaps, and satisfying happily ever afters, each book can be read as a standalone.

Book One: When a Star Falls

Book Two: How a Star Shines

Book Four: Shoot for the Stars

Book Five: Written in the Stars