I Learned It From You 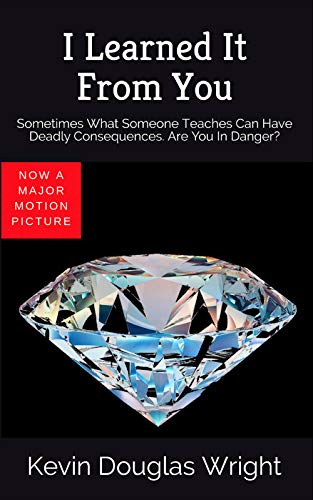 This book is based on the 2019 documentary I Learned It From You, which was Officially Selected by three film festivals.

The film was produced, directed, and written by the author of this book, Kevin Douglas Wright.

In the film and this book, Kevin interviewed six randomly selected people who were born between 1946 and 1953. He asked each of the interviewees the same six questions:

As each interview unfolds and each question is answered by each interviewee, their real-life stories consistently reveal someone teaching something that has been responsible for destroying people, cities, states, and countries, in front of our eyes, for hundreds of years.

The overall result of these interviews is that it is unbelievable how different people from different walks of life describe virtually identical negative experiences and feelings when answering these six simple questions.

The world we live in today is extremely fast-paced. We do not have a lot of time. It is not easy for most of us to quickly get a civil rights lesson and read all of the history about:

This book provides a snapshot of deeply rooted issues from six real people who have experienced the practices of discrimination and racism all of their lives. These six interviewees were born during the 1940s and 1950s [in 2019 their ages ranged from 66 to 73 years of age]. Their lives have been informed and governed by these practices.

Why does this story need to be told? At some point in our lives we will eventually have to decide the best way to handle or respond to an important issue, incident, or event. We may not have the time to jump on the Internet and spend hours, days, or weeks in an attempt to get a deeper understanding of every angle of discrimination and racism. I Learned It From You is a memorable way of seeing the effects of something so deeply rooted.

Tomorrow or the next day, we all will interact with people who are not like ourselves—white, black, interracial, a person of color or someone who is Jewish, Hispanic, Latino, Asian, Native American, lesbian, gay, physically challenged, or mentally challenged. The “labels” we give each other are endless, but…

The question is: What will you teach them?

I Learned It From You is a gentle reminder that… sometimes what someone teaches can have deadly consequences. Are you in danger?