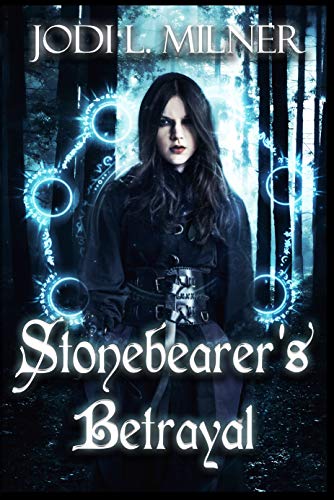 A secret society of immortals, tasked to protect the world.
A demon bent on revenge.
A girl brave enough to fight for her family when the two collide.

Archdemoness Wrothe stirs the ashes from a long dead war, rekindling a fire that threatens to burn the world. Only the legendary Stonebearers of the Khandashii have the power to stop her, if they catch wind of her plans in time. Katira didn’t believe the legends. She didn’t believe a person could alter the fabric of reality or live forever. She didn’t believe in the dark mirror realm or in the dangerous creatures prowling there either.

That was before the first shadow hound came for her.