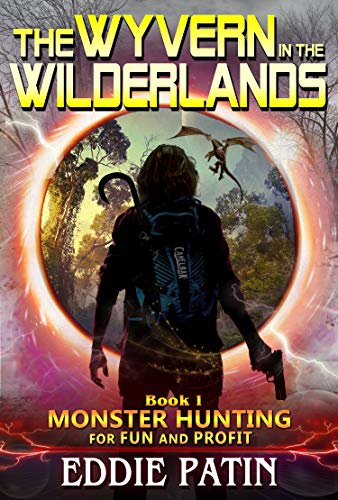 Jason always loved dinosaurs as a kid. He never thought that one day he’d be trapped on a dinosaur world struggling to stay alive.

This is the story of Jason Leaper of Earth, universe 934. In the mind-bending expanse of parallel universes and higher dimensions, the unexpected death of an alternate Jason Leaper launches our hero’s boring life into a wild adventure of survival, fantastic creatures, and bizarre other worlds!

All Jason Leapers across the infinite multiverses have the ability to rift–to open portals through other dimensions to shift between alternate realities. And when the last survivors of the Reality Rifters–an interdimensional Monster Hunter crew–come looking for Jason 934, the directionless man suddenly finds his latent powers awakened and his life is changed forever. When he is unexpectedly teleported to the Wilderlands, a vicious and primordial alternate Earth overrun with dinosaurs, primitive savages, and epic wilderness, Jason is cast into a visceral struggle for basic survival and needs to figure out his rifting powers in a hurry if he expects to get home. And when the monster hunting planeswalkers finally catch up to him, will Jason Leaper 934 slay the apex predator in the region and take his place in the Reality Rifters?

The Wyvern in the Wilderlands is a fast-paced survival adventure story and is the first book in the “Monster Hunting for Fun and Profit” series about Jason Leaper 934 and his planeswalking Reality Rifters, Monster Hunters for hire. If you love books about guns, survival, vicious and terrible mythical monsters, cosmic horror, time travel, DINOSAURS, and exploring strange new worlds … read this today!

Reading Order for this series:

Background Stories Related to the series: