ATLANTIS SOLON AND PLATO FOR FROST: 2017 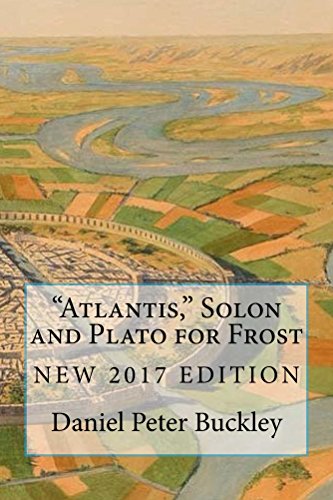 Explore the ancient origins of the Atlantis legend recorded by the sacred priests of the deity Neith in Sais Egypt, and retained in the ancient library archives.

Solon during his travels in search of the blueprint for the ideal state visited Sais and studied under the sacred priests of Neith who informed him of the ancient history of the island empire of Atlantis.
Solon was told of ancient Athens role in the Atlantis legend and it was Solon who delivered in poem form the tale of Atlantis to the Greek speaking world.
His poem was handed down through his family and finally ended up in the hands of Plato who introduced the Atlantis legend to the wider world.
K. T. Frost was among the first of modern day scholars to associate the Atlantis island empire with the Aegean world and Minoan Crete.