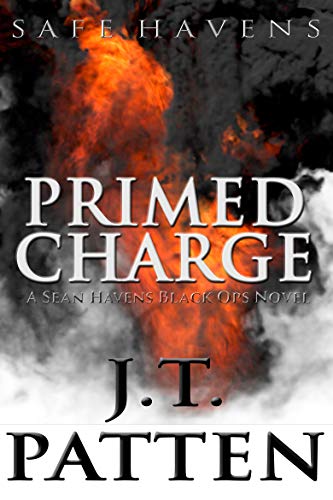 From the best-selling author of SAFE HAVENS: Shadow Masters, former counter terrorism intelligence professional J.T. Patten crafts a realistic dark tale of espionage, conspiracies, and contemporary heroism.
Sean Havens’ family was shielded from his global black operations work until the two worlds collided. Now, struggling to balance his daughter’s recovery with his own war demons, Havens is cast back into the shadows from within a CIA and Joint Special Operations Command program office. His mission to disrupt a global threat that blends terrorism with financial market disruption to fund elections and power players. His actions may have further consequences when the spy masters of the POND learn of his meddling sending Sean back into the deadly game between the Freemason and Skull and Bones secret society factions within the intelligence community—and beyond.
From Chicago to South East Asia, death continues to follow Havens and those in his wake.

Disclaimer:
This [fictional work] does not constitute an official release of CIA information. All statements of fact, opinion, or analysis expressed [in the SAFE HAVENS novels] are those of the author and do not reflect the official positions or views of the Central Intelligence Agency (CIA) or any other U.S. Government agency. Nothing in the contents should be construed as asserting or implying U.S. Government authentication of information or CIA endorsement of the author’s views. This material [SAFE HAVENS novels] has been reviewed for classification.