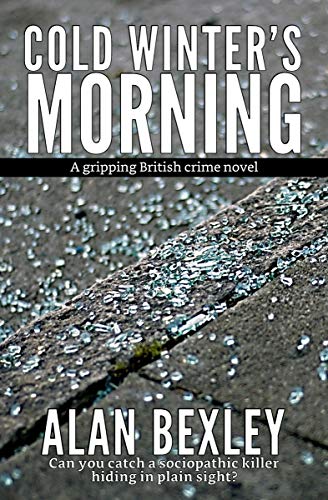 A ruthless killer. A bloody corpse. A determined detective on a mission. Lies and secrets. Can detectives catch a sociopathic slayer hiding in plain sight? A murderer has run down 24-year-old Vicky Crosby, reversing over her body to make sure she is dead. What has Vicky done to deserve such naked aggression?

On a dark January morning, a young woman is mown down by a homicidal hit and run driver. Detective sergeant Frank Grey is called to the scene. He looks down at the crushed body. The victim is known to him and has been an unofficial informant. Could this be the reason for her death? He did not know her well, does not know what secrets may be hidden in her background.He and DC Helen Walker have to hunt amongst the shady residents of Whitechapel to find the ruthless killer. They trawl through her life and relationships. Different witnesses give conflicting descriptions of Vicky and her lifestyle.

Can you catch a sociopathic killer hiding in plain sight?

The killer has no empathy for other people, is manipulative, cunning and superficially charming. A combination that makes the detectives’ task twice as difficult.

‘I don’t like anyone being offed without it being absolutely necessary. It brings down the police on all of us. I could do without the damn aggravation.’

A mystery story that horrifies the residents of a small Sussex town. The team of CID officers at Arundel Road need all their skills to identify their quarry.