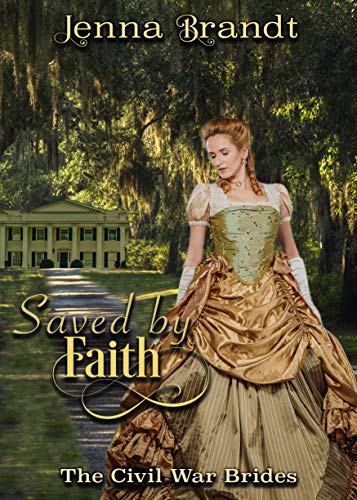 Before America was divided by civil war, Faith Abernathy and Nathan Maddox were set to be married, but everything was put on hold when Nathan was conscripted to join the Confederate military.

Faith works hard on her family’s plantation in Myrtle Grove, South Carolina, knowing that while she fights for her family’s survival, she must also pray for the safe return of the soldier they all love.

After being forced to return to a life Nathan tried to leave behind, he is taken prisoner. What keeps him alive is the thought of returning to his true love, Faith. Though miraculously rescued, Nathan must come to terms with what happened to him while captive.

Can Faith help the man she loves? Will Nathan find a way to make peace with his past? And can they overcome the obstacles that threaten to ruin their relationship?

*Author’s Note: This book was previously published under the title, Love’s Mending Embrace while it was a part of the First Street Church Kindle World as well as Promised to a Soldier in The Rockwood Springs Series. Both versions were set in WWI but the book has been edited to remove references to that world and era and has been updated with extensive new content, characters and historical information to reflect the civil war era. Names and places have been changed for historical accuracy.