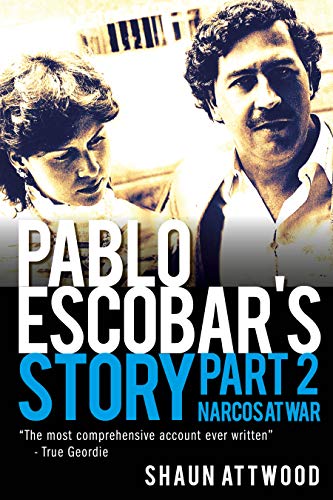 “Finally, the definitive book about Escobar, original and up-to-date” – UNILAD, Joseph Loftus
Pablo Escobar was a mama’s boy who cherished his family and sang in the shower, yet he bombed a passenger plane and formed a death squad that used genital electrocution.
Most Escobar biographies only provide a few pieces of the puzzle, but this action-packed 1000-page book reveals everything about the king of cocaine.
Mostly translated from Spanish, Part 2 contains stories untold in the English-speaking world, including:
How Pablo’s craving for a teen volleyball player caused his brother-in-law’s death.
How half of the Medellín Cartel’s big bosses fell.
The fate of the survivors of the Palace of Justice attack.
The state’s role in the death of the popular presidential candidate Galán.