Heather In The Mist 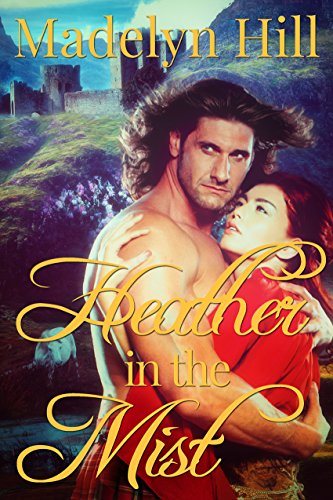 Forced to wed to save her clan, Lady Rogan Cameron agrees to wed without love.
What her father doesn’t know is Lady Rogan has plans of her own—plans to keep her from a loveless marriage. Can she save the clan before she has to say “I do?”

Ian Albright abolished all ties to Scotland after his family betrayed him and he is now nursing a wounded ego due to an unfaithful fiancée. He pledges never to return to his home until the fateful day he accepts an invitation to his dear cousin’s wedding. The minute he sees his cousin’s betrothed, his heart is captured. If only she didn’t belong to another . . .

Lady Rogan and Ian have known each other since they were young and bent on vexing each other. Now, the only thing they find vexing is the fact Rogan is betrothed to another. Together they fight their growing attraction while investigating the forces bedeviling the clan. Yet at every turn their foe appears and wreaks havoc. When tragedy strikes, their hopes are dashed again.

Can Lady Rogan and Ian’s love win when fate seems determined to keep them apart?