Renaissance: The Limit of Infinity 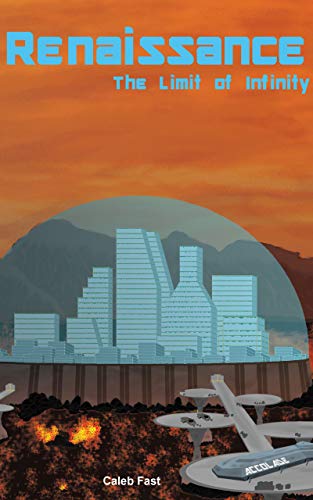 Clive Ranger was born into a war that has raged on for generations.

Across the galaxy, families have been torn apart and cities have been razed. But Clive may be the one who shifts the tide of the rebellion that has risen up against the evil Coalition.

The Coalition has locked away countless men and women utilizing them as slave labor across the galaxy. Clive is one of these unfortunate souls. However, he isn’t alone. Most everyone in the prison has their own scores to settle against the Coalition.

After all, it was the Coalition that killed their families, friends, and everyone they once knew.

Clive has a plan, and followers who have nothing to lose.

Can they finally retake their freedom?

Can they end the war they were all born into?

Renaissance is the first book in the action-packed The Limit of Infinity Sci-Fi Epic. Delve into this fascinating universe that is full of thrilling science fiction action. Join Trix Callaghan, Clive Ranger, and Richardson as they fight back against the Coalition, the Galactic Empire everyone dreads. Partake in the final days of the civil war that has divided the galaxy for generations.

All the Space Marines who put their lives on the lines as Space Fleets battled in the heavens would roll in their graves if they saw what the Coalition was doing in the not-so-far future of 2290.

This is the Sci-Fi military fiction book you’ve been wanting. If you loved Ender’s Game, Hunger Games, or Battlestar Galactica, you’re sure to love Renaissance: The Limit of Infinity. It’s time we see this dystopian government topple!