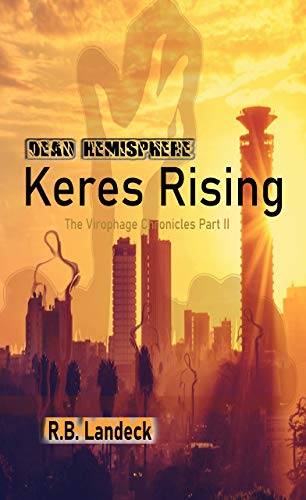 R.B. Landeck returns with the second part of his DEAD HEMISPHERE series and another chapter in its harrowing story of survival, failure, triumph, and redemption, and the very fabric of humanity in the face of certain annihilation.
From the concrete jungle of Nairobi to the beaches of Mombasa and the deep blue expanse of the Indian Ocean, pursued by the dead and an alliance of the powerful, hell-bent on keeping their secret from slipping away, rejoin Tom Railsback and his band of survivors in their struggle to outrun the mutation that is eating its way through the continent. Will he and his family make it out of Africa before it is too late? Allegiances will be tested, bonds made and broken, and endurance tested to its very limits against the tide of death and destruction, and KERES RISING from the very gates of hell itself.