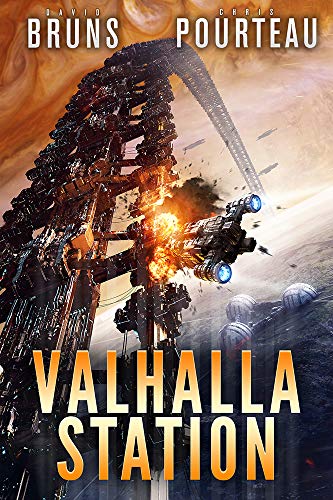 The Expanse meets The Godfather in this Space Opera/Sci-Fi Noir Thriller about corporate greed, rebellion, and mankind’s survival among the stars.

Thirty years after the Syndicate Corporation saved Earth from climate-change extinction, SynCorp’s Five Factions rule the solar system with an iron fist wrapped in a velvet glove. Food, entertainment, safety, security—SynCorp provides it all. In return, the Company requires complete loyalty and obedience to corporate law.

The Soldiers of the Solar Revolution claim life under SynCorp is slavery cloaked in comfort. They launch their rebellion, targeting the pillars of corporate production: sabotaging refineries on Mars, shattering Callisto’s orbital ring. Meanwhile, brutal pirates siphon off Company resources in the Belt, and hackers tap into citizens’ implants, addicting them to fantasies shaped from their own dreams.

Besieged on all sides, SynCorp’s Five Factions are in retreat. The rebels aim to destroy the Company to free mankind. But does mankind really want to be freed?