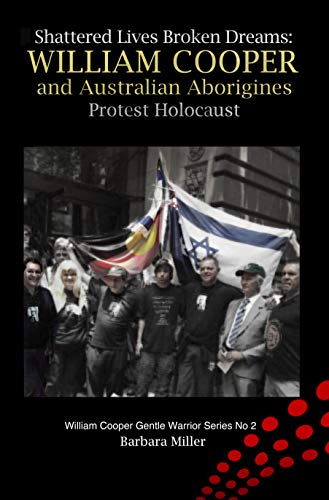 Can there be new facts about the holocaust? This is one of those rare holocaust stories of resistance to the holocaust by Australian Aborigines – a world away from the fray.
They were not even citizens in their own land but, after Kristallnacht, made a brave stand. William Cooper led the Australian Aborigines League in a protest against Kristallnacht, the Night of the Broken Glass, which resulted in shattered lives and was recognised as the start of the Holocaust.
They protested the “cruel persecution of the Jews” by marching to the German Consulate in Melbourne on 6 December 1938 three weeks after the 9-10 November pogrom in Germany, Austria and Sudetenland that saw 91 Jews killed, Jewish homes, businesses and synagogues destroyed with shattered glass or fire. About 30,00 Jews were sent to concentration camps.
This book follows how the story was lost to history and then found with William Cooper being honoured in many ways by Jews in Australia and at Yad Vashem Holocaust Memorial Center in Israel. His family has carried on his legacy and the story covers his family’s trip to Israel and Berlin in 2017 to continue his work.
Of holocaust books, it has a twist. Aboriginal William Cooper was a noted civil rights leader for his people but the only protest march he led was for the Jews. Read this inspiriting story. This book has facts about the holocaust that will be new and startling to you but it adds to the history on Jews and the history of Australian Aborigines.