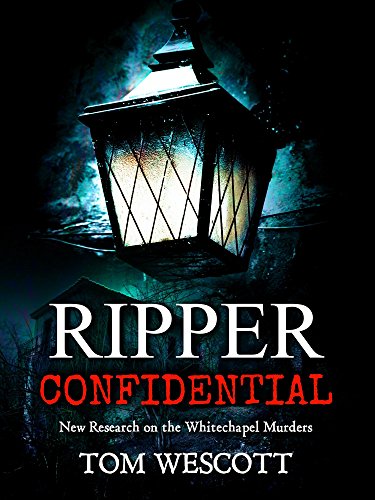 From the author of The Bank Holiday Murders: The True Story of the First Whitechapel Murders

Groundbreaking history and exciting investigative journalism combine in a work jam-packed with newly unearthed finds and fresh insights that pull us deeper into the world of Jack the Ripper and closer to the man himself. Wescott does not promote a suspect but instead comprehensively investigates the murders of Polly Nichols and Elizabeth Stride, bringing to light new medical evidence, crucial new material on important witnesses, and – revealed for the first time – the name of a woman who may have met Jack the Ripper and survived to tell the tale.

Also discussed in this book:

Charles Lechmere, recently named as a suspect in the Jack the Ripper documentary, Conspiracy: The Missing Evidence, is restored to his proper place in history as an innocent witness.

Walter Sickert, the subject of Patricia Cornwell’s Jack the Ripper books, was not the Ripper, but is revealed here to have been only one of several artists and poets who may have been acquainted with victim Mary Kelly.

Bruce Robinson’s Jack the Ripper book, They All Love Jack, controversially endorsed the myth that fruiterer Matthew Packer sold grapes to Liz Stride which were later found on her hand. Around this was constructed an intricate police conspiracy. In Ripper Confidential the truth is exposed and these events are proved beyond doubt to have never taken place.

Was Elizabeth Stride a Ripper victim? For the first time, all the myths are cleared away and the facts are looked at in great detail.

The contemporary investigators speak out from the past and tell us what they thought of one of the Ripper’s most enigmatic and controversial clues – the chalk-written message on the wall in Goulston Street. Did the Ripper write it and what might it actually have said?

A comprehensive look is taken at Berner Street witness, Israel Schwartz. Why did he disappear within weeks from the written record? Was or was he not a legitimate witness? This and much more is discussed, and for the first time it’s revealed why he did not give evidence at the inquest, why the two best known versions of his story are inconsistent, and – most crucially – that he was not the last person to see Liz Stride with a man who was probably her killer.