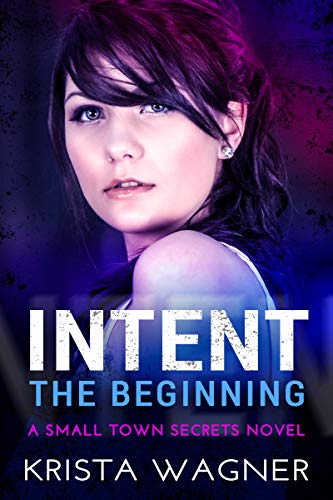 This is the exciting prequel to INTENT and follows high school student Raylee who is forming new friendships and enjoying her small town life but is frequently plagued by Crystal, the high school’s queen bee, and her clique.

Raylee just wants to get through the last two years of high school. But it’s not easy when you’re an outsider. Or when the most popular girl in school’s goal is to make your life miserable. Or when someone starts to stalk you. . .

When classmate Paul befriends Raylee, she is determined to ignore Crystal’s ploys. And when new student Billy arrives, Raylee finds herself drawn to his mysterious side. But Crystal is determined too, and she will do whatever it takes to keep him from Raylee and to ensure that the rest of Raylee’s high school years remain angst-ridden.

Soon someone lurks in the shadows, watching Raylee, leaving scary clues, someone who wants to set her on edge. But why? Is it Crystal and her clique, or worse, someone she trusts?

Full of deception and mind games amid a growing sense that danger is near, Intent: The Beginning will take you into a world where faith is tested, friendships are put at risk, and small town secrets are revealed in this suspense-filled dramatic mystery.

Intent: The Beginning is a clean YA mystery thriller filled with teen angst, romance, and betrayal.

All books in the Small Town Secrets series are clean YA and can be read in any order.
Intent
What No One Knew
Cassi Is In A Coma
Intent: The Beginning