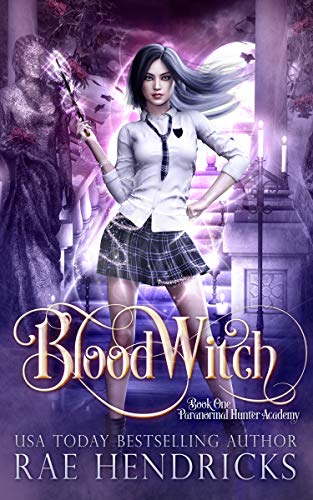 I thought turning 18 would make me a free witch, but now I am staring a death sentence in the face…
I should have listened to my uncle when he told me not to go to that party, but it was the party of the century. And I had spent way too much time being the mopey emo witch girl whose parents had died serving “the man”. I wanted to let loose. But I didn’t take the risks seriously.
Not all paranormals are good, and many have sinister plans best served by an unsuspecting witch who had a lot too much to drink.
Next I know it, I am begging for my life after having been turned into an abomination against my will; an illegal blood witch who is too dangerous to live. All I can hope is that the fact that my father died in the service of the very people that hold my fate in their hands now still means something to them. And they will show me mercy.
Though, going to their academy to be trained to die just the same as he did is a rough definition of mercy.
One-click this Young Adult Urban Fantasy novel perfect for fans of 13 Ways to Midnight and Shadowspell Academy.

***This is an upper YA/NA crossover with sexy paranormal guys and is best suited for age 16 and over. Be warned, the steaminess factor does increase through the course of the series!