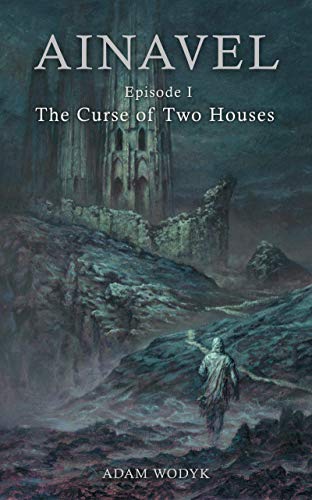 As the old tale says, two powerful Houses ruled all of Erydan once. Their representatives protected northern borders from the creatures of the Chaos. The unknown evil destroyed this order many centuries ago.

Now the sun is dying and the Mysterious Void is circling around the Five Lands of Erydan. The chaos is rising. However, the most powerful descendants of the Two Houses don’t think about uniting their forces and still quarrel with each other.

If the prophecy is true – only the lost heirs from the noble Houses can change the fate of the world. A man from the House Alvedrion and a girl from the House Lohelin who are connected by a strong bond.

Young Ainavel, who sails with his father, an experienced Guardian of the Sea, lives like ordinary Sea Man. He doesn’t know yet that he will have to face these evil creatures one day. He also doesn’t know that he will be forced to embark on a dangerous adventure – a death game that will change him forever.

SECOND EDITION. First 40 pages of this episode were earlier published as a novelette. But now it has become a part of a new, longer episode 1.