An intense love story between a spoiled young woman incarcerated in her bedroom and an ex-convict who lives in poverty at a bedsit in a Leeds suburb. Virginia has secrets that threaten to shame her father and step-mother. Tommy is gullible, but longs to put his past behind him. Their turbulent affair rocks with the twists of steadily exposed information that is often fabricated and perhaps borne from Virginia’s imagination. However, it maybe her father who is the architect of her instability – he too is suspected of keeping secrets that have shaped Virginia’s character. 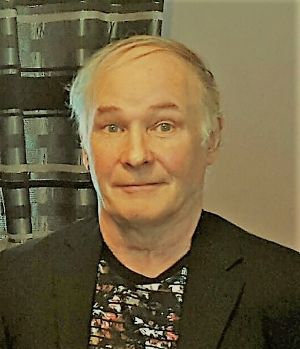 Ken Ross was born in 1953 at Westow in the East Riding of Yorkshire. As a child, he lived at Barmby Moor, Pocklington, and York, before his parents moved to Leeds in 1964. He attended Harehills County Secondary School until leaving in 1969. Married in 1971 he had an assortment of jobs while honing his writing skills. After his divorce in 1986, he brought up his 8 children alone and eventually succeeded in getting published. At first, he wrote articles for magazines but has gone on to write over fifty books, the first twenty-odd being solely for children. He is proud of his novels, ‘A Cross Of Crocuses’ and ‘Ann – irresistible spirit’. He currently lives in Osmondthorpe, Leeds.