Surviving the plane crash was the easy part.

Olive Tweed planned her trip for two years. She’d vacation at Summer Beaver, gather the research material needed to write the next book and spend a few days hiking the vast wilderness. When she is called home unexpectedly and boards a chartered plane, she never dreamt it would crash, leaving her alone with a man who knew nothing about survival or the woods. If they don’t put aside their differences and work together, they’ll never escape alive.

Northern Survival was inspired by a video created by a pilot who recorded the crash of his small plane in Northern Quebec. The only reason he survived was because the plane had a parachute.

If you love stories of adventure, survival challenges and characters who test each others ability to endure, you’ll love Northern Survival. 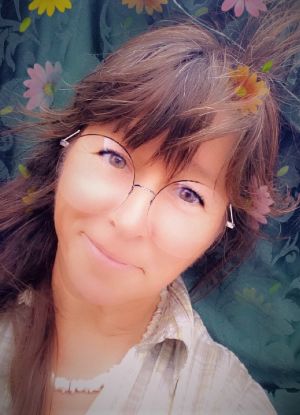 Diane McGyver writes stories, some long, some short. Regardless of genre, each story contains a bit of adventure, romance, survival and humour. She loves writing stories with a fantastical theme, but her current release “Northern Survival” is all about surviving in the wilderness after a plane crash. She’s been writing a long time, and the journey has taught her to not squander words. Each new story is more concise with less clutter than the previous.