Condemned as heretics by the Catholic Church, the 13th-century Cathars are persecuted, tortured, and finally burned alive at Montségur. But according to legend they hide their riches and relic beyond the castle walls on the eve of their demise.
In the 1930s, Otto Rahn dedicates his life to recovering the long forgotten relic, and coerced by Himmler joins the SS to find the ‘Holy Grail’ for the Nazis. Exposed as both Jewish and homosexual, Rahn commits suicide. But not before he entrusts his notes to his niece. Notes that have never been found.
Seeking a challenge after retiring early, businessman Steve Jackson embarks on a modern-day search for the fabled Cathar cache. With French girlfriend, Manon Lubin, they locate Rahn’s abandoned clues in the Black Forest. The notes become a key to locating a religious discovery even greater than the Dead Sea Scrolls, and unleash a 750-year old time-capsule of revenge that threatens to shake the Church of Rome to its foundations.
The massacre of the Cathars and the true story of Otto Rahn are interweaved and then continued with the fictional search for the treasure and relic. Rich in historical detail, this fascinating and absorbing story, set in France and London, climaxes with a thought-provoking and controversial conclusion that brings The Heretics’ Revenge. 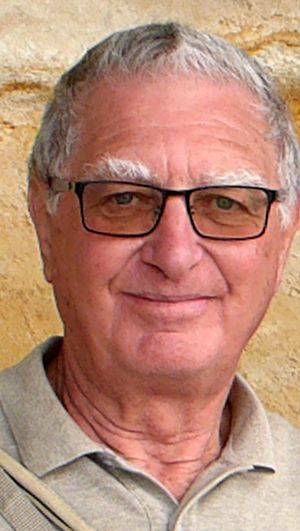 Martin Barrett is a retired engineer and lives in the old gold mining village of Arrowtown, New Zealand. He and his wife, Ngaire, have travelled extensively throughout France. Martin has been to Montsegur twice to research the background to this extraordinary story.
The author dislikes books with too much padding and unbelievable storylines. Bizarre as some aspects of this story may appear the historical detail is all true and the fictional narrative leading to the final explosive conclusion is entirely plausible.