Some yesterdays can kill your tomorrow….

She’s a millennial, living a quiet, unassuming life in small town, Idaho. As far as the government knows, she owns nothing. The house is not hers. It belongs to the government. The name on her driver’s license barely registers when a customer calls her. And why should it? It’s not hers either. Most days she feels dead—inside and out.

Then a new neighbor moves into the house next door. He looks as if he carries the whole world on his shoulders and seldom lifts his head. His boring gray sedan sits in the driveway. His windows are heavily shuttered. There are no deliveries to his house. At least none that she’d seen. Then again, she’s long lost her perspective on what is normal, what is ordinary and what is dangerous. Still, being reclusive shouldn’t mean he’s a serial killer. She decides to be neighborly and invites him over. And suddenly, she’s staring at her living room wall, freshly ripped with bullets. And just like that, the past she thought dead-and-buried, comes looking for her. It reaches after her with claws that mean to rip and shred, whatever life she’s managed to patch together.

To run means to be hunted again. To stay…is not an option. 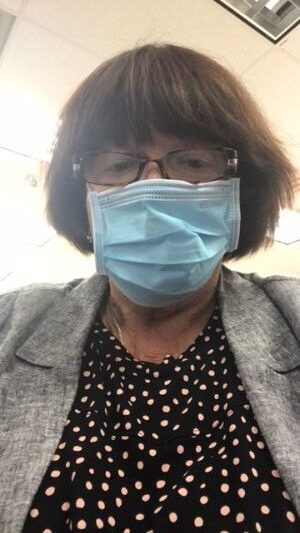 I am a multi-published author and I write in several genres. Suspense and mystery are my favorite ones. I think this particular novel received a few undeserved ratings. I would love to take it out to a new audience, and get their reaction to the story.