How to Catch a Mouse with No Cheese is written for people who either have been in business for up to a year or are interested in starting a business, but do not have money. It discusses five life-changing principles that will help you succeed. Each principle has its own basis for preparing you to get your business up and growing with no money. So whether you own a fledgling business or plan to start a business this is the book for you!!! 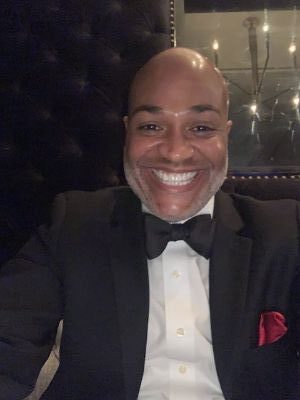 Donnie P., an entrepreneur and native of Jeanerette, Louisiana, realized early in his professional business career that he was equipped with the necessary drive and determination that would allow him to start businesses—from the ground up—without any money. He used these tools and, immediately upon graduation from Southern University A & M College in Baton Rouge, Louisiana, he established Community Case Management, an adolescent substance abuse counseling service. Soon after, he would also create Preventive Medical Services, a community-based medical health center.

Today, with over 20 years of experience, Donnie P. is guided by his unwavering faith in God and desire to develop business platforms that will uplift others. Donnie P. is currently founder and CEO of OSD Holdings, LLC, which is a cannabis dispensary owner/parner of Greenleaf Dispensary in Houma Louisiana. He launched A Caring Home Services’ national franchise rollout in the middle of 2012. In August of 2013, he sold his first of many franchises to Karl and Beverley Stephens, LLC out of Nashville, Tennessee. A Caring Franchise was sold in 2019

Since the launching of Donnie P. book “How to catch a Mouse with No Cheese” has sold worldwide in the following Countries of: United States of America, Germany, New Zealand, France, India, Canada, and Great Britain. He has conducted interviews here in the U.S., Great Britain, and Australia