An ex-assassin. A president with a dark secret. And a stash of gold.

Ben Gabriel’s dishonourable discharge from the elite British Special Forces has left him disillusioned and unemployable. When a dead journalist is pulled from the waters of Cape Town harbour, Gabriel seeks the answers to the questions he was asking. Questions about the new president.

How did he survive the fire that killed his freedom fighting comrades? And what happened to the woman who betrayed him?

Gabriel knows that sometimes it takes one killer to stop another, and will do anything to discover the truth, even if that means stepping outside the law.

Sometimes the path to truth is more than a little crooked.

If he fails, what will become of the country under the leadership of a killer president?

Treasonous is the first book in the Gabriel series of thrillers set in the turbulent political landscape of South Africa.

If you like the works of John le Carre, Len Deighton and Lee Child, stories of the underdog who questions authority, and the daring capers of those who break the law to find the truth, then you’ll love this breathtakingly fresh thriller from David Hickson. 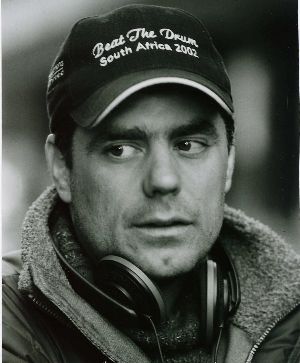 David Hickson is an award-winning filmmaker and writer from South Africa. His work has included internationally released feature films, television series and live entertainment television shows. David travelled to Italy several years ago, an adventure that he and his family, including two young troublemakers and an assortment of very spoilt domestic animals, are still enjoying. He loves walking and cycling in the hills of Italy, drinking the local wine, and telling stories that entertain and stir the emotions of his reader.