A killer collection of ballsy women and their stories,  DEAD FUNNY confirms the world is as crazy and off-kilter as you always suspected it was.

It’s an outrageous quartet of Noir-Ha-Ha short stories throbbing with dark humour and suspense. Four very different, but equally ballsy women cross moral lines to get what they want, and the bodies soon mount up in this comedy crime fest.

Annabel is a fast-fading celebrity who’ll do more or less any anything to remain popular… yep, ANYTHING! Best read with a cool drink. That’s CELEBRITY ROAST.

Tayla, a famously beautiful Aussie Supermodel from hell finds herself in a jam at the swish end of London.  The King Rat of the paparazzi has a score to settle with her. What’s even tastier for him is the deal they strike is over a dead body. But Tayla is one tough cookie, as he soon finds out in PAPARATZ, a real Noir-Ha-Ha scum-fest.

Anita had a cool game plan all mapped out until the day she became TRAPPED IN CLOUD-CUCKOO-LAND. It’s the sleazier side of Switzerland. Forget cuckoo clocks, dirndls and yodelling. Just watch Anita’s initial fascination, her growing fantasy and then horror as her life melts down into a vintage, non-PC train wreck of a crime thriller.

Robyn is the obsessed fan from FAN FATALE who’s chasing her impossible dream, to befriend and be with the TV soap star she idolizes. But hold your breath. Think Psycho meets Fatal Attraction.

DEAD FUNNY is Noir-Ha-Ha at its feistiest. 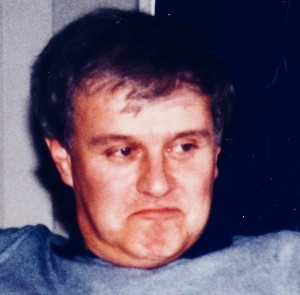 I’ve worked in music, advertising and TV comedy. At one time I had a job where I’d spend weeks away from home with spare time on my hands – so I started to write for my own amusement. I’ve always had a wicked sense of humour, and anything oddball, quirky or absurd really appeals to me, especially comedy and crime wrapped up with Classic Rock and Soul, and even the odd murder. I call it Noir Ha-Ha – my idea of Comedy Crime.
I hope we’re on the same wavelength. I’d love to hear from you. You can catch me at [email protected]