This time the lesson was all about closure, and Elizabeth Stoneham knew with every brain cell she possessed that the lesson was going to be another hard one.

Elizabeth returns to Houston to carry out her legal responsibilities as the executrix of her mother’s estate. She’d left home nearly ten years ago. In all those years, she’d not visited or called her mother, and her mother had reciprocated—as if they had a silent mutual understanding to leave each other in peace. Peace? She’d found none in her self-imposed exile in Dallas.

After all this time, why had her mother…lured her back? That’s what naming her as executrix was. A lure. Bait for the trap. Since Elizabeth had followed in her adored father’s footsteps and become a lawyer, her mother knew she wouldn’t ignore a legal responsibility.

Perhaps her mother had mellowed as she’d grown older? Did she seek closure from the grave? No. Closure was a myth woven from hope and longing. There would be no closure, but maybe she’d be able to solve the biggest mystery of her life—why her mother had hated her.

Despite her resolve, staying at her mother’s house brings back all the memories she’d worked so hard to smother. In a moment of weakness, she allows herself to be swept away by her mother’s captivating new neighbor. She wants the mindlessness of passion to banish the pain—at least for a little while.

The only problem with that kind of temporary solution is that a woman can become ensnared if she’s not careful.

EVERY LITTLE LIE has the Passion of Romance and the Drama of Women’s Fiction. Be sure to Look Inside for a sneak peek. 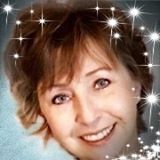 Joan Reeves—Keeping Romance Alive…One Sexy Book at a Time—is a NY Times and USA Today bestselling author of Contemporary Romance. All of her stories have the same premise: “It’s never too late to live happily ever after.”

Joan lives her happily-ever-after with her hero, her husband. They divide their time between a book-cluttered home in Houston and a quiet house at the foot of the Texas Hill Country where they sit on the porch at night, look up at the star-studded sky, and listen to the coyotes howl.