A dynamic, enthralling tale of love, jealousy, rage, and the Supernatural!.
Story: When a self-loathing Gay man—Jack, meets an elegant yet incredibly mysterious Laurent Richelieu, he thinks his stroke of bad luck with men and women has come to an end. Or is it the beginning of a nightmare?
As the two begin their courtship—Jack encounters horrifying experiences involving paranormal experiences, vampirism, and possible reincarnation, making him question his sanity. The more time Jack spends with his mysterious European love interest, the more revealed about the dark secret awaiting Jack. Are they destined to be together? —does Laurent honestly care for Jack? Or is there a much more sinister plot involved? 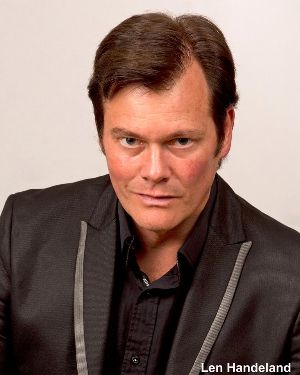 Len Handeland has always enjoyed writing and drawn to being creative—as far back as he can remember. Back in middle school, when he and his classmates were assigned a book report, and the others groaned, Len cheered—not only being given an exciting novel to read but also to compose the essay assignment as well. Everything had to be perfect, the spelling, grammar, and accuracy regarding the subject matter. Later on—in his late teens, Len attended FIT in Manhattan studying fashion illustration; years later, he decided to pursue a career in the hair industry using his artistic training and creativity to excel in hair. He decided to pursue writing after reading many of Anne Rice’s work (having read all of her Vampire chronicle books) and after attending the San Francisco International writers’ conference—decided it was time for him to write a Vampire story of his own; in his words, given Len’s affinity for horror and this particular genre. A different story—where love is the only thing that matters, whether between two men, two vampires, or a vampire and a human being.
When Len isn’t writing, he is making the hair of others look their very best. Some of Len’s hobbies include reading and enjoys vegetarian cooking (and has been a vegetarian for 27 years). Some of his other hobbies include hiking, biking, and billiards. He enjoys the performing arts (he’s done some stage work-performing in regional plays) and has trained in Martial Arts for over 25 years. Len lives in Palm Springs with his husband, Byron, and their two tuxedo cats, Felix & Felicia (brother and sister) brother and sister)