Mary Finch and the Thief is the first in the Mary Finch Mystery series. It is 1893 and Mary Finch finds herself on the gritty and violent streets of Victorian London trying to clear her name.

When wrongfully accused of theft, Mary Finch is determined to track down the thief and prove her innocence. Her journey takes her from Baker Street, where her friends, the famous detective Sherlock Holmes and Dr Watson, live, to the dark and dangerous East End of London. On her trail are the suspicious Inspector Lestrade of Scotland Yard, the evil butler of her employer, a mysterious gentleman who is not what he appears to be and a ruthless killer. Mary must hurry to find the truth before she is arrested and sent to jail. 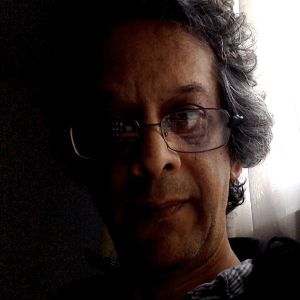 S S Saywack is the author of the Mary Finch Mysteries – Mary Finch and the Thief is the first adventure, shortly to be followed by Mary Finch and the Grey Lady and Mary Finch and the Spy. After a career as a Graphic Designer (leaving him with a love for typography) then an art teacher, he took to writing short stories, flash fiction (several having been online published) and novels for middle-grade readers. He has a love of history – Victorian England and the early twentieth century – as well as playing the guitar fairly well and the piano fairly badly (he has kind neighbours!). He lives in the East End of London, a place well suited for his creation, Mary Finch, to explore and to have her adventures.