When a retreat becomes a nightmare…

When Cherie Marshall catches her fiancé and best friend in a compromising position, she cancels her upcoming wedding and jumps at the chance to escape to quiet Klondike, Pennsylvania to care for her elderly aunt. She thought her biggest issue would be adapting to life in the middle of a National Forest, so very different from her upbringing in the deserts of Arizona.

But that was before she met State Trooper Fire Marshall Jamison “Jazz” Maddox at the scene of a mysterious fire. As they both become acquainted with the close-knit Klondike residents, things get complicated as Cherie and Jazz find themselves in the middle of a local crime wave where arson, kidnapping, embezzlement and a decades-old murder are just the tip of the iceberg. 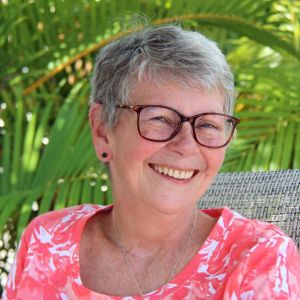 Donna B. McNicol is a retired IT professional who started writing fiction after retirement. Her preferred genre is small town mysteries with a dash of romance but she has also tackled children’s stories, fantasy and small town romance. In addition, her short stories have been included in several anthologies.

She doesn’t consider herself adventurous, but she learned to ride a motorcycle at age 55. When widowed at age 58, she took off on her own and traveled through 42 states, over 27k miles. Two years later, she sold her house and everything in it, bought a used Class C motorhome and started the full-time RV life. While at an RV rally in Wyoming, she met her current husband, also a widowed full-timer who rode a motorcycle. Fate!

They continued their full-time RV lifestyle, married in 2009, moved to Ecuador in 2013 for two years, before settling down and buying a house. They now live in rural Tennessee with their two Goldendoodles, Cooper and Murphy.